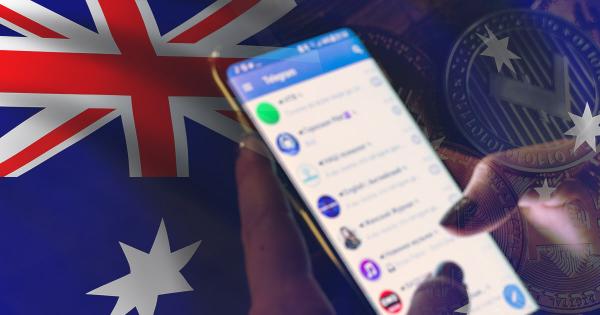 Telegram groups that are used to pump and dump all financial products, including any crypto assets, would henceforth face the wrath of the Australian Securities and Investments Commission (ASIC), according to a report from an Australian media outlet.

Per the report, earlier in the week, a telegram account named ASIC sent a message to a group “ASX Pump Organization” to warn them that the financial regulator is monitoring their activities. While members of the group thought this could be fake, the regulator has now gone a step further to confirm the story to the media house.

Coordinated pumping of shares for profits can be illegal. We can see all trades and have access to trader identities. […] You run the risk of a criminal record, including fines of more than $1 million and prison time.

With the severity of the message now confirmed, members of the group are now demanding that the regulator goes after the “firms and corporate traders.”

According to one of the members, “What ASIC needs to do is go after the corporates who inside the trade and short companies all the time, and not spend valuable time here hassling 300 small investors who are doing nothing wrong by sharing stock recommendations. This has to be the biggest joke in history.”

Interestingly ASIC, last month, had released a press statement about the growing trends among social media groups who engage in pump and dump schemes. The financial regulator had warned that participants in such activities risk prison sentences of up to 15 years and fines of above $1 million.

ASIC has been working closely with market operators to identify and disrupt pump and dump campaigns, and we will continue to target actions that threaten the integrity of markets and to take enforcement action where appropriate.

Earlier in the year, a Reddit group, “Wallstreetbets”, was involved in one of the most massive pump schemes in recent memory. The group members had worked together to pump stocks of GameStop etc, resulting in huge losses for hedge funds that were shorting those stocks.