Wikipedia Founder: Zero chance we would ever use Bitcoin SV 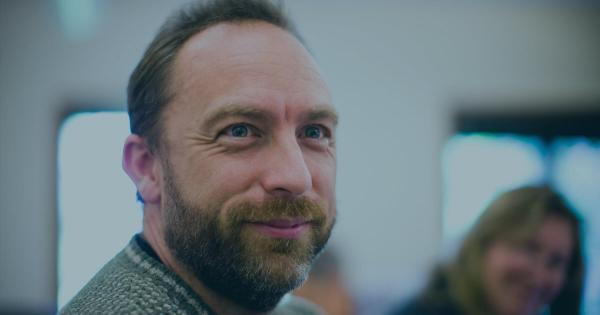 Wikipedia founder Jimmy Wales has shut down rumors about his endorsement of BSV after CoinGeek published an article celebrating him as a keynote speaker at the CoinGeek London conference. Wales noted that he will be attending the conference as a critic, not a supporter, adding that BSV has nothing to offer Wikipedia.

CoinGeek insinuates that BSV is the perfect blockchain solution for Wikipedia

The idea of putting a system as huge and data-intensive as Wikipedia on a blockchain isn’t anything new. The website’s open-source design makes it increasingly hard to collect and secure payments, leading many to believe that putting it on a blockchain could solve most of its problems.

However, few believe that it could be Bitcoin SV, Bitcoin’s most controversial offshoot.

Nonetheless, CoinGeek, a pro-BSV news outlet, indicated that it might be the perfect fit for Wikipedia. In an article announcing Wikipedia founder Jimmy Wales as one of the keynote speakers at the CoinGeek London conference, the outlet insinuated that the two might coin a partnership. It said in the article:

“Until the emergence of Bitcoin SV (BSV) to reclaim Bitcoin’s original design, no blockchain had the scalability to power micropayments to efficiently reward better user information and handle the staggering amount of data Wikipedia carries.”

Jimmy Nguyen, the CEO of nChain and a known associate of both CoinGeek’s Calvin Ayre and Craig Wright, said that he believes BSV has solutions for Wikipedia to offer.

Wales, however, didn’t seem too fond of the attention he got from CoinGeek and Nguyen. He took to Twitter to settle rumors about his endorsement of BSV, saying that he wasn’t coming to the conference as a supporter, but as a staunch critic. The Wikipedia founder seemed annoyed at the tone of the conference’s promotion efforts, accusing them of sending the wrong picture about his involvement.

“Your marketing materials need to be updated immediately – as people seem to be reading this as some kind of endorsement from me.”

Wales also shut down rumors about the possibility of putting Wikipedia on the BSV blockchain, revealing his thoughts about the controversial Bitcoin offshoot:

“I’m coming to speak my mind, which includes that BSV offers nothing for Wikipedia and that there is zero chance we would ever use it.”

While him denouncing BSV brought on a positive reaction from the crypto community, Calvin Ayre, the founder of CoinGeek and organizer of the conference, didn’t seem too bothered. Ayre told Wales on Twitter that he didn’t see any of the false marketing he was referring to and offered to make any changes to accommodate him.

The unreasonably optimistic Ayre also noted that the fact that Wales was a skeptic was “good,” as attending the conference would show just how wrong he was.

We are yet to see whether the Feb. 20 conference manages to sway the Wikipedia founder’s mind, but it’s safe to say that the chances of that are very, very slim.

Bitcoin SV (BSV) went through a hard fork that is intends to bring it closer to the original Bitcoin protocol.

It’s been a quiet past few weeks for all markets, Bitcoin and crypto included.