Bitcoin's sudden surge on Wednesday has compelled financial experts to predict the asset can easily rally as high as $100,000 by the end of 2021. 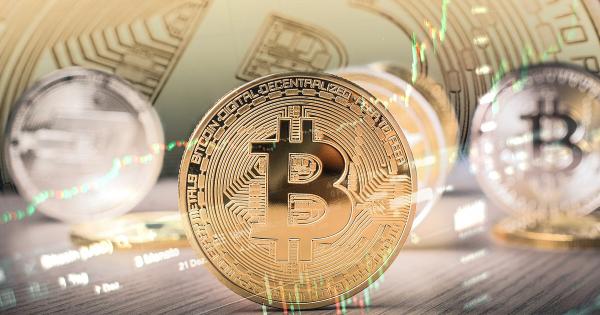 Image by Christopher Muschitz from Pixabay

Bitcoin’s recent shift to an all-time high of $67,000 has prompted financial experts and investors to trust Bitcoin as a strong investment alternative, with strategists predicting its next rally to cross the $100,000 mark.

With last week’s introduction of Bitcoin Futures ETFs in the market, Bitcoin has earned a powerful boost in terms of investments and the crypto landscape is anticipating some big changes, which include Bitcoin reaching an even greater all-time high.

A glimpse at Bitcoin statistics this past week

The leading cryptocurrency had recorded a spike of 0.6% last week taking the tally towards $63,077 after reaching its highest at $67,000. The surge has been accredited to the launch of Bitcoin Futures ETFs. Bitcoin whales—or investors who own cryptocurrency in large amounts, enough to impact market prices—could have also been one of the key reasons that led Bitcoin prices to soar tremendously.

Financial experts are of the view that the next Bitcoin test could come at $90,000. “Initial upside targets of Bitcoin above $65000, lie near $72,500 and then at $89,000 and are thought to be within reach of this breakout of former peaks,” states Fundstrat, an independent investment search boutique.

Bloomberg analyst Mike McGlone has drawn a detailed analysis on Twitter asserting Bitcoin’s potential to reach $100,000 sooner than expected. He states the cryptocurrency is set to advance in 2021 as more people have started adopting Bitcoin as a worthy investment option.

Can Bitcoin Reach $100,000 in 2021? Five Charts Show Potential – Past #Bitcoin trading trends and the crypto's declining supply vs. mainstream adoption suggest a significant advance in 2021, potentially to $100,000, we believe. pic.twitter.com/0tH7PS7QEI

It’s not only TradFi analysts making bold claims for Bitcoin. Along with Mike McGlone, BitMEX CEO Alexander Hoptner had also predicted Bitcoin to cross the much anticipated $100,000 level by the end of this year.