Why Standard Chartered says Ethereum (ETH) could pump to $35,000

The London bank noted Ethereum could perform better than Bitcoin over the next few years, but not without its own set of risks. 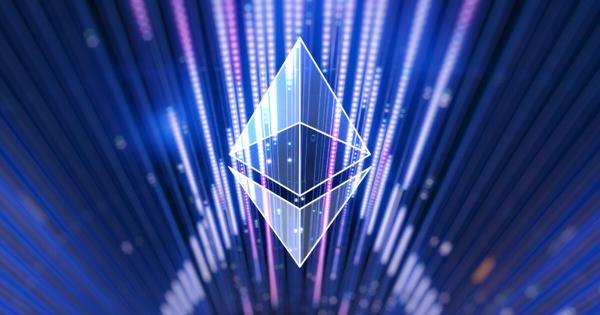 While the Bitcoin or Ethereum debate rages on between early investors and maxis, London-based bank Standard Chartered already seems to have picked a side.

The bank, in a recent research note, said Ethereum could outperform Bitcoin over the next few years, even stating it ‘structurally’ values the world’s second-largest cryptocurrency by market cap at over $35,000.

“Structurally, we value Ethereum at USD 26,000-35,000…We see the Ethereum-Bitcoin cross doubling to 0.161, a level at which ETH’s market cap would catch up to BTC’s,” researchers at the bank noted, adding:

‘Akin to being a currency like Bitcoin, it (Ethereum) is more akin to a financial market in which non-linear financial transactions such as lending, insurance, and exchanges can operate.’

Standard Chartered noted it was ‘this logic’ that underpinned its absolute valuation estimates for Ethereum versus the US dollar and its relative valuation against Bitcoin.

The upcoming ETH 2.0 upgrade further bolsters Ethereum’s position in the crypto market—moving it from a ‘proof-of-work’ mechanism to a ‘proof-of-stake’ consensus design. This sees it become a more environmentally friendly blockchain in the coming years—a narrative that would help parlay the negative press plaguing Bitcoin over the past year (for its supposedly climate-damaging nature).

It’s a shift that even Standard Chartered pointed out. “The shift has obvious environmental advantages,” the researchers wrote, adding “It removes the need for excessive computer power to be used in ‘mining.’ The switch from [proof-of-work (PoW)] to [proof-of-stake (PoS)] is expected to be gradually phased in during H1 2022.”

Meanwhile, Standard Chartered did point out that other ecosystems apart from Ethereum existed and could rival Ethereum. “Separate ecosystems already exist and may continue to challenge Ethereum in niche areas…Moreover, “regulatory concerns related to Ethereum will be very different to those than Bitcoin,” the researchers wrote.

“While potential returns may be greater for ETH than for BTC, risks are also higher,” they ended.