The Dream of Blockchain Adoption: Why Open Standards Are Key 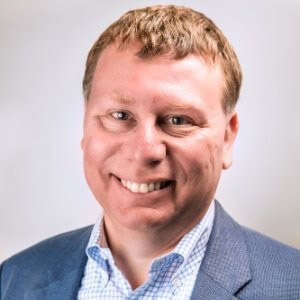 My career began in the ’80s while the internet was emerging as something beyond a playground for researchers and university students. It was a time of fierce competition and early open source initiatives, where each set of projects wanted to be unique and create custom solutions for common problems. Along came the web, which ushered in a level of global communication unseen in the consumer and business worlds.

The current blockchain ecosystem reminds me of those days. Each company wants to change the world with their custom solutions, but few are setting the zoom level to see the big picture. If early adopters and internet pioneers did not develop common markup languages, protocols for moving and sharing data and other foundational standards, the web (and mobile, IoT etc.) as we know it today would still be a technical novelty.

My two cents is that the blockchain industry is expending far too much effort on differentiating its technology when it should really be looking at collaboration. After all, isn’t that a fundamental tenet of node operations? We can get there from here. It’s great to say, “We’re going to change the [insert industry here] world!” But until we have wallets, identity and other basic foundational building blocks, we aren’t going to achieve the ecosystems and operations by consensus we all talk about.

To make the dream of widespread enterprise and consumer adoption a reality, the blockchain industry must put foundational elements before long-term speculative opportunities. Standards for consistency and interoperability are the keys to long-term growth and widespread blockchain adoption.

Let’s take a quick look at five aspects that are crucial to the growth of the ecosystem:

Blockchain identity is self-identity, verifiable and curated by yourself and your network, not a third party that controls the narrative.

The key to a strong and recoverable identity is being able to control it by one’s self, rather than giving control to Google, Facebook, or the so-called “Big Three” of credit reporting–Equifax, Transunion and Experian. We all know how well that’s worked.

Additional important features include portability, future proofing and the ability to curate one’s presentation or persona. “Self-sovereign identity” is often used as a phrase for an identity with these attributes.

Blockchains, notably Ethereum, continue to be a victim of their own success. As the number of tokens grows (24,000-plus), the data size of the blockchain begins to become unwieldy. Larger sizes drive processing and transaction costs higher, and it means fewer node operators can afford costs. It’s also a non-start for smaller IoT devices.

Adoption at the enterprise level is a different animal. Enterprise data stores or data lakes are the new normal with services tapping in from many different endpoints. Interoperable standards for data exchange, common standards for on/off ramps for data along with comprehensive off-chain standards are mandatory for data-hungry enterprises.

User-friendly wallets are the new web browser wars. The lack of a reasonable user interface and experience disappoints. There are many competing mobile wallets and a few secure hardware wallets; however, the problem is that none of these can securely hold consumer and token data in a turnkey. Consumers won’t truly embrace widespread use of cryptocurrencies until there is a turnkey way for them to hold all their coins and tokens in one secure wallet, and then access, transfer or sell their funds in an intuitive way.

While many network incentives and coordination methods are currently being used, it’s highly probable we haven’t found the best approach. Creating a new, general system that will allow a variety of different methods to be tried is valuable, even if it’s just to learn from the system and create better governance standards in the future.

The promise of Bitcoin was a better, direct method of value exchange not controlled by a single entity or government. To attain widespread adoption, customers want something as simple as cash with the speed of credit cards or layered payment networks such as PayPal. Everyone should be able to use their preferred service and still be able to efficiently exchange value with those who chose a different platform.

Most current solutions are assuming there will be a single technology that wins over others. The world doesn’t have a single currency or one credit provider. We don’t have one bank–so, why would cryptocurrency be any different?

These challenges are not barriers, they are an opportunity. They are an entrepreneur’s dream of unmet demand.

Pithia is a venture capital firm based on the belief that performance blockchains will provide important new capabilities to all industries. Shared ledgers, data stores, identity, and transactions provide considerable advantages to those who adopt them.

Although we are just months into the ongoing COVID-19 recession, it has purportedly shown clear structural issues in some of society’s largest institutions.

Ethereum has found itself caught within an intense uptrend over the past day, with its overnight upswing invalidating the firm downtrend that the crypto has been caught within against its Bitcoin trading pair.