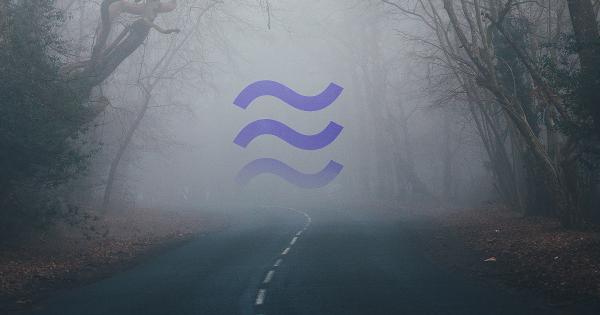 The launch of OpenLibra, a permissionless and open-source fork of Facebook‘s cryptocurrency, was overshadowed by fraud accusations toward one of the core team members.

This year’s Devcon served as a springboard for news in the crypto industry, including the launch of OpenLibra. The project is a permissionless and open-source fork of Facebook’s controversial cryptocurrency Libra. Also a stablecoin, OpenLibra would be pegged to Facebook’s Libra. 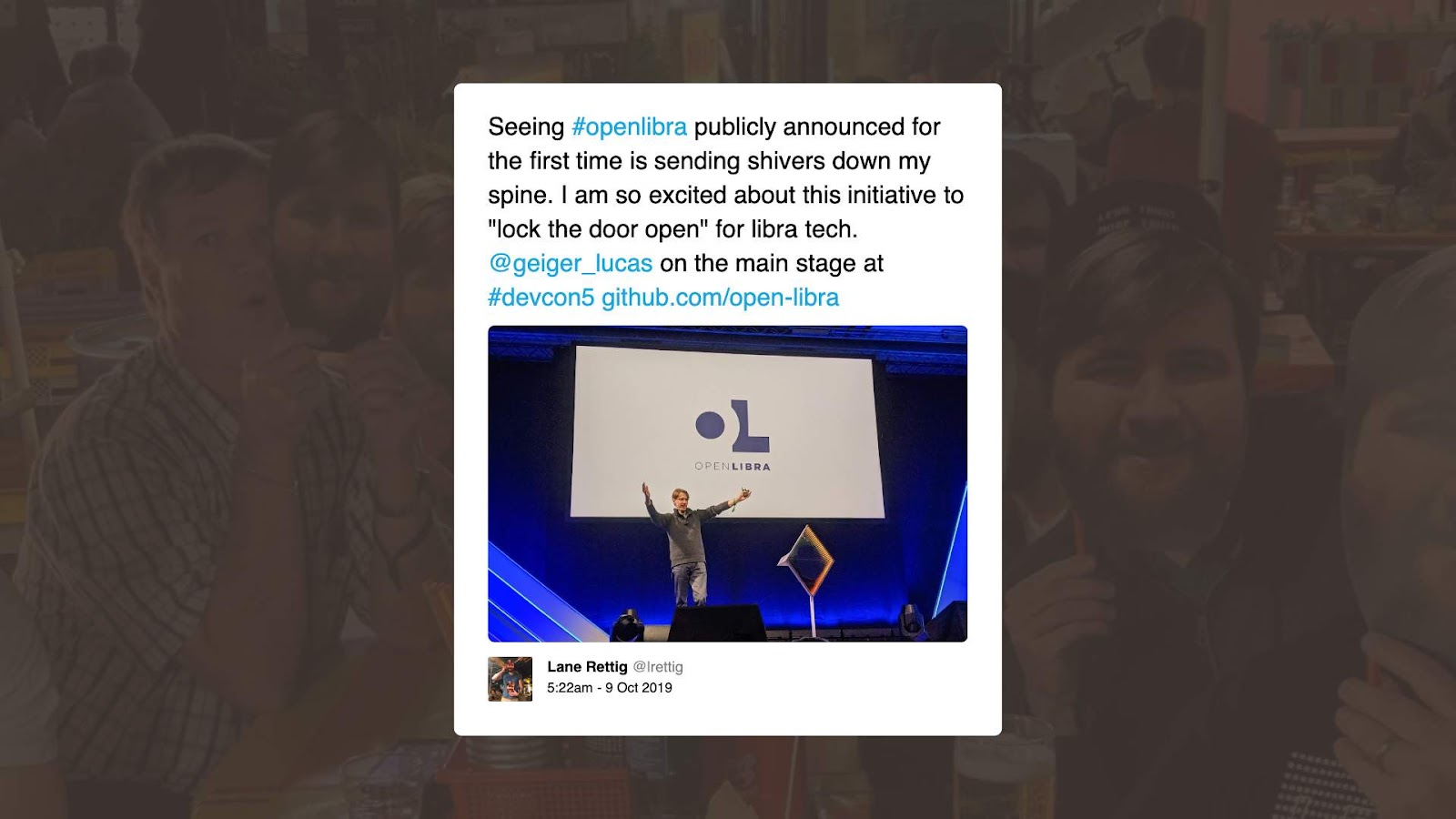 The platform was developed by a consortium of around 30 blockchain companies, including Cosmos, Wireline, BlockScience, and Democracy Earth. A permissionless version of the Libra virtual machine was already published on GitHub. The framework, called “MoveMint,” runs on the Tendermint blockchain and can be used on platforms such as Cosmos.

However, the involvement of Wireline seems to have overshadowed the announcement with previous investors calling the company a scam.

Andrew Lee, the founder of Web3Journal, filed a complaint with the U.S. Securities and Exchange Commission (SEC) saying that Wireline and its founder Lucas Geiger committed fraud. Geiger, who is one of the core team members of OpenLibra, reportedly stopped responding to Lee, who invested $1 million in the company during its 2018 ICO.

According to Lee, Wireline’s advisor Sizhao Yang and Geiger failed to deliver on almost all of the major promises made during the initial coin offering. The two reportedly claimed Jun Hasegawa, the founder and CEO of payments platform Omise, would lead Wireline’s marketing while the Ethereum Community Fund Network would fund the project. 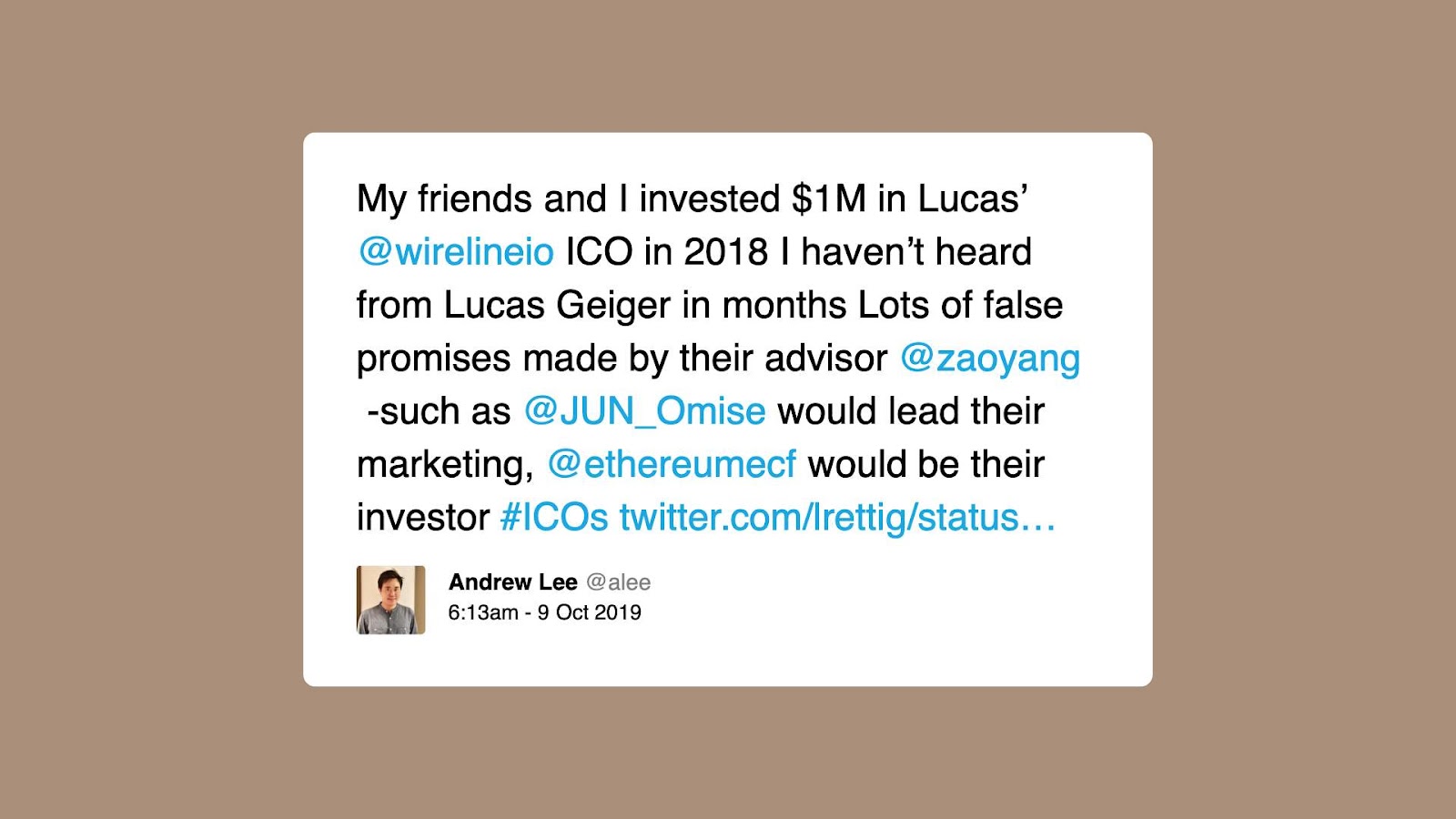 In a Twitter thread, Lee went on to share the conversations he had with both Geiger and Yang. According to the screenshots, Geiger hasn’t responded to Lee since early March, while Yang’s answers were brief and unhelpful.

Apart from promising an expert team would lead the project, Geiger and Yang reportedly said that Wireline’s native token would be released in the second quarter of 2018. Lee said that neither he nor any other investor received updates from the company regarding the token release delays.

While this prompted several other investors to step forward on Twitter, it’s still too early to tell whether Lee’s claims have merit. Neither Geiger nor Yang responded to these accusations, but Wireline remained active—the company’s newly appointed CEO Rich Burdon demonstrated Wireline’s peer-to-peer collaboration at Devcon on Oct. 10.

In a follow-up tweet, Lee said that he managed to contact Burdon, who was “a lot more understanding” and the two are reportedly trying to find “middle ground.”

We are yet to see whether the SEC decides to act on Lee’s complaint. In the meantime, Geiger’s reputation and the reputation of OpenLibra will be at stake if more investors with similar stories come forward.

The Libra Association announced that it will pursue a payment system license under the Swiss Financial Market Supervisory Authority’s (FINMA) supervision.

Brad Garlinghouse, the CEO of Ripple, said that Facebook was responsible for the scrutiny and criticism it encountered from regulators.

The focus of the hearing between Facebook’s David Marcus and the Senate on the Libra cryptocurrency was trust—or the lack thereof.

United States President Donald Trump expressed his views on cryptocurrencies, saying that not only was he “not a fan” of Bitcoin, he also believes Facebook’s Libra will have little standing or dependability when launched.