Introduction to DigixDAO (DGD) – Tokenized Gold on the Ethereum Blockchain

The volatility of cryptocurrencies can make them unsuitable for daily use. 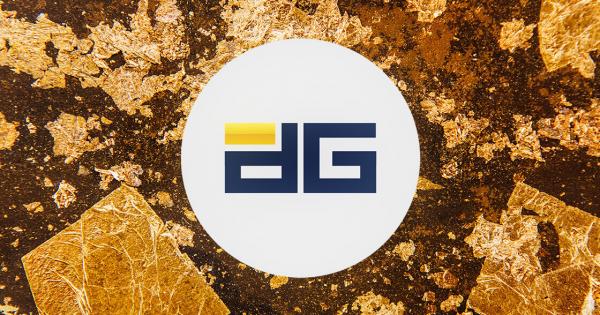 Photo by rawpixel.com on Unsplash

The volatility of cryptocurrencies can make them unsuitable for daily use. Stablecoins however, are pegged to reliable sources of value, and aim to combine the advantages of the blockchain with the stability and reliable valuation of a known asset. Coins like DigixDAO have the potential for all the advantages of gold as a reliable store of value, combined with the speed and convenience of internet transactions. As a relatively stable digital asset, it has the potential to act as a catalyst for mass adoption.

The DAO’, as it’s called, takes its name from the description for a new type of entity: a Distributed Autonomous Organization; a whole new decentralised model of business incorporation and governance.

The idea aims to remove the middlemen from business hierarchies, replacing them with a series of smart contracts that hardcode certain rules into a company from inception. Not only for efficiently doling out pay etc, but also to cryptographically guarantee democracy within the company by removing the potential for corruption; a libertarian ideal of fair capitalism enforced by unbiased technology.

The first DAO,  which was the world’s most lucrative crowdfunding project, fell victim to a hack for 50k USD and then drifted into obscurity after a series of contentious management decisions.

To participate in governance and rewards on the platform, you need to hold DGD tokens, which shouldn’t be confused with DGX tokens:

The Digix crowdsale was the first ever on the Ethereum blockchain in March 2016, and raised 5.5 million USD in 12 hours. As traders have flocked to DGD as a hedge against the volatility of bitcoin, price movement has shown a weak inverse correlation with BTC. When BTC drops, DGD tends to rise, and vice versa. 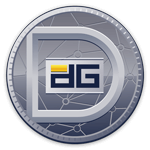 There are two million total DAO tokens in circulation, and they act as a dividend – holding them yields 0.31% of the fees from transactions made with DGX gold tokens. This is a relatively small transaction fee, so you will need a lot of tokens for it to be worthwhile, but holding them also gives you governance rights. 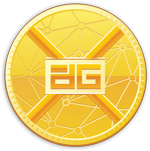 DGX tokens are literally digital gold. One token is equal to one gram of gold, but as it is digital it can be put to use in smart contracts and is more divisible (fujgi) than gold itself. Making it far more convenient than swapping chunks of metal. Hence it is advertised as the ‘future gold standard’ within the Ethereum ecosystem.

Digix claims that if you send them the DGX tokens, they can be recast into physical gold bars at an additional cost of 1 DGX token each. This means it can potentially act

as a long term store of value without having to physically store gold.

Unlike competitors like Tether, Digix does not rely on fractional reserve. Instead, digital asset on the blockchain, has a genuine reflection in reality. The gold itself is secured in Singaporean safehouse vaults.

How Digix Works: A Technical Teardown

DGX and DGD are both ERC20 tokens on Ethereum. Digix state that they will provide a transparent, audit friendly, and secure protocol that makes the most of Ethereum’s decentralized consensus ecosystem.

The Proof of Asset (PoA) protocol is what allows for the gold to be legitimately tokenized on the blockchain. This uses Ethereum and the InterPlanetary 1 Files System (IPFS) to track assets as they pass through a chain of custody.

This allows asset existence to be verified at each stage of the process in a decentralised way.

For every PoA Card that is sent to the Minter, DGX tokens will be issued in return.

If you have never heard of Digix, I wouldn’t be surprised. The team are the polar opposite of the likes of Tron and Verge, and instead like to keep a low profile – relying on the strength of their technical vision to give them prominence in the scene.

So while there is little hype about the coin, there are still regular updates made available on Medium,  including details of new partnerships, audits, timelines, bugs found, etc.

These tend to be transparent, notes with a sense of authenticity – the team are happy to share their stumbling points along with their successes. The team have shown sincerity in their motivations, and demonstrated strong technical knowledge.

Who is Behind DigiX?

The Digix team are a solid body of former traders and developers, with some shining connections in financial industry.

The CEO, Kai C. Chng. was a forex trader for HSBC before founding DigiX, and the cofounder Djie also has experience as a trader in Singapore. He is also the lead Coordinator of the Ethereum Singapore Meetup since May 2015.

They are overseen by an esteemed team of advisors – investment bankers and software developers mainly, including the former deputy chairman of Singapore Commodity Exchange.

Prominent partnerships include TenX, and PundiX, an Indonesian financial inclusion project that utilises NFC-enabled cards to let people buy and pay with cryptocurrency.

They have also recently announced another partnership with Ethereum-based Request Network to allow invoicing with gold tokens.

Price movement of DGD tokens should theoretically correlate with both speculation in the value of gold, and general crypto market movement. DGX tokens on the other hand, stay steadily around $40 (the price of 1 gram of gold).

The DGD price fell sharply in sat value after the ICO in April 2016, but maintained a steady USD price around $30. It reached a high point of $514 and 0.046 BTC during late February as the bear market intensified, and the current price at the time of writing is $238.64.

DGD/BTC and DGD/ETH trading pairs have been available on Binance since November 2017. Prior to that the token was tradable on a host of smaller IDEX. DGX is also available on the “zero-fee” trading platform Cobinhood that was released in late 2017.

DGX can also be redeemed for physical gold on demand at DigiXGlobal in Singapore.

By combining the advantages of gold’s universal reputation as a stable store of value, and the speed and convenience of transacting over the internet, DigixDAO could help cryptocurrency as a whole overcome the stumbling blocks which are currently preventing mass adoption.

Both the extreme volatility present within the cryptocurrency market and concerns regarding the determination of value could potentially be addressed if this project succeeds.

However, DGX is not without its faults, with critics of the coin pointing to distribution — large percentages are held by whales. There are also potential issues with future regulation, as the CEO noted in a Reddit AMA that, as a Virtual Currency,

Unmade regulatory hurdles may actually present themselves in the near future. For example, the current stance in Singapore is that Virtual Currencies are not considered legal tender nor securities, which may change in future. Who knows, we may need to apply for licensing for what we do in future.

Nevertheless, as a trailblazing project DGX is well worth keeping a close eye on. DigixDAO could be the first successful DAO and the first trusted stablecoin.

For more information on DigixDAO including price, market cap and social media links, please see our DigixDAO coin profile or watch the video below: