Few movie buffs would fail to concede that the monsters on screen aren’t nearly as terrifying as the ones in real life. 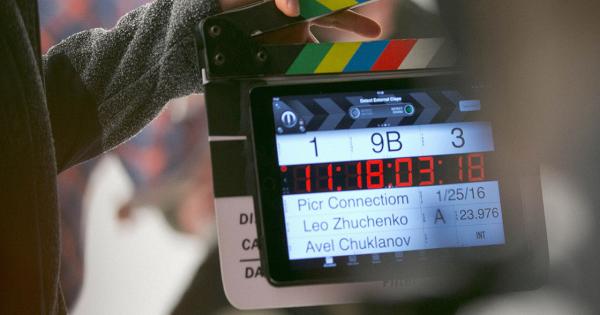 Photo by Avel Chuklanov on Unsplash

Few movie buffs would fail to concede that the monsters on screen aren’t nearly as terrifying as the ones in real life. In SingularDTV’s new documentaryTrust Machine: The Story of Blockchain, however, it would seem that these real-world villains could be in for a nasty surprise.

According to Forbes, Trust Machine paints a dystopian picture of some of the most powerful individuals and institutions in existence — whose nefarious actions may be catalyzing a global thirst for decentralization.

Directed by Alex Winter (Deep Web, Downloaded) and produced by Kim Jackson, the feature cannonballs into the deep-end for a revealing look at the dissemination of blockchain, stretching from the plight of nervous US  politicians, to refugees in crisis.

Decentralized from the inside-out, the work is the first feature-length documentary of blockchain-powered SingularDTV—one of the first entertainment studios in its class, the studio aims to help filmmakers fundraise, develop and distribute their content using the Ethereum platform—with even the blockchain’s co-founder Joseph Lubin pitching in as an executive producer amongst other tech futurist heavyweights Zach LeBeau, Arie Levy-Cohen, and Alex Klokus.

While being a politically charged vehicle, the film manages to explain global issues from a neutral, yet accurate, perspective. Lauri Love, the 33-year-old hacktivist who earlier this year, narrowly excepted extradition to the U.S. for hacking into US government websites, said crypto-technology is “going to scare the shit out of some very powerful people.”

Despite being stung with theft charges after loosening data from the Missile Defense Agency, Love has been lauded as a pioneer for human rights and his presence in the movie precedes interviews with a symphony of protagonists, including musician Imogen Heap and Dr. Spiros Michalakis, the quantum physicist who doubles as a consultant for the Marvel superhero movies.

To Love, blockchain technology is redistributing power to the people, rather than the endless ones and zeros streaming behind the screen:

In a divisive world of finance, Winter sits behind the camera as a liaison between current technology, and the very future of blockchain.

At the platform’s forefront is an analysis of how the technology banking giants like JPMorgan Chase CEO Jamie Dimon consider and others claim “doesn’t serve any useful function” and “just a scam.” Dimon himself said as much in a CNBC interview.

A World Governed by Executives

And yet, physical proof from around the world, in videos, interviews, and numbers, says otherwise. Such executives are in fact America’s acting politicians because they control the money and influence the laws. Their unflinching denial of cryptocurrency’s influence in the economy begs the question — why are they so against developing it as a resource?

And if there is a reason, what, exactly, are they trying to hide? Particularly, if the very same technologies are providing a life-raft for the survival of refugees and struggling third-world countries.

The documentary, narrated by actress Rosario Dawson, claims blockchain is the holy grail for hackers, and maybe so. Aas subjective and controversial the content in this movie may be, however, it remains to be seen as a time-bomb of information capable of helping even the most unfamiliar viewers develop their own opinions on the subject.

Opinion is only as powerful as the information provided, and the end result is the truth.

In his own interview with Winter, CEO of Mattereum and coordinator at Ethereum Vinay Gupta states the safe word for power is blockchain:

“We are trying to stop the abuse of power.”

Awareness, then, would be a compelling and loud ally capable of accomplishing this mission, paving the way for a new future one blockchain at a time.