District0x Surges 76% Over Past Week As Product Announcements Continue

As the global push to create novel blockchain solutions continues to gather momentum, one service that seems to be gaining a whole lot of traction from many crypto investors in the past month is district0x. 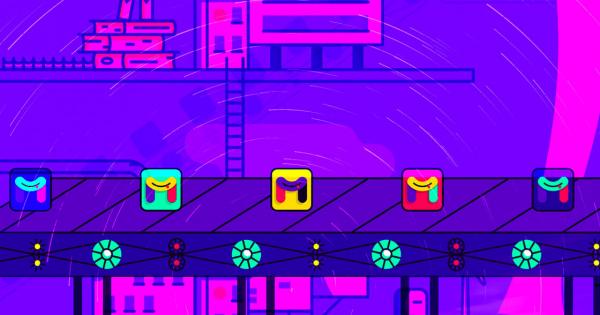 As the global push to create novel blockchain solutions continues to gather momentum, one service that seems to be gaining a whole lot of traction from many crypto investors in the past month is district0x.

District0x in its core sense is a decentralized protocol that allows for the creation of sandboxed marketplaces on its network.

What this means is that users can develop and foster unique marketplaces that can sell a wide array of goods ranging from electronics to books, to sporting equipment.

Similar to established players such as Amazon, eBay, district0X also issues ratings to each marketplace, thereby forming a buyer-seller trust.

However, what differentiates this platform from its contemporaries includes features such as:

Another important facet of this protocol is that it has been developed through the use of two highly stable networks, namely, Aragon and Ethereum. As a consequence of this, district0x can streamline dApp development and facilitate remote governance.

Lastly, by launching the d0xINFRA SDK, users will now have the freedom to create their localized districts which can catapult the platform to greater heights in coming months.

What’s all the hype about?

Even after today’s market drop, district0x is still trading up 76% over the past week.

The hype is in part due to the introduction of a new district staking feature which will enable the launch of the company’s much-awaited Meme Factory,  a district0x network that allows users to mint their own tokenized memes and offer them for sale immediately.

Meme Factory is all set to go live on the Aragon Network and will make use of native tokens to facilitate district governance. In addition to this, the company is also looking to deploy the Aragon Core platform onto the Ethereum Mainnet so that its release can coincide with that of Meme Factory.

Also interesting to note is that Meme Factory will leverage some of Aragon’s polling features to navigate the final implementation of the project democratically. DNT token holders will have a say in choosing various details about the Meme Factory such as:

How will the monetization process work?

Simply put, Meme Factory will serve as an interface for the creation of provably rare digital assets on the Ethereum blockchain. Once verified, these assets can be posted on a bulletin board-style marketplace for real-time value exchanges.

The process of meme tokenization is quite similar to the way in which posts are created and published on Reddit. Similarly, minting a tokenized meme will resemble the method of upvoting while the ranking mechanism will be dictated by the number of tokens that are in existence for a particular meme at any given time.

What’s planned for the future?

In the coming few weeks, company devs are looking to incorporate the GraphQL module into Meme Factory and d0xINFRA to further enhance platform usability and efficacy.

However, the launch of Aragon v0.5 to the Ethereum Mainnet is what many people are viewing as a potential game-changer, as this service alone will help unleash the real potential of blockchain based community participation, which is mostly the core sales pitch of Meme Factory.

It will be interesting to see how district0x continues to fare in the market. But by and large, the future seems bright for the company.

For more information about district0x, see the accompanying article: An Introduction to district0x: A Network of Decentralized Communities