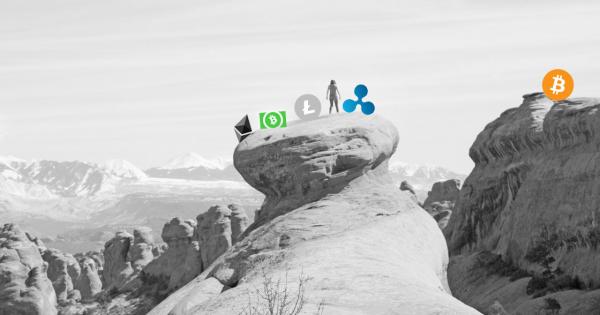 Photo by Austin Johnson on Unsplash

Bitcoin is holding its position at $8,100. Following a near $400 drop just 48 hours ago from $8,300, the father of cryptocurrencies has been staying strong since yesterday’s ascension to the present price.

If anything, this shows that Bitcoin has developed new strongholds at the $8,000 range, which is good news considering its position of $6,600 less than a week ago. While news has been relatively simple or even scarce over the last few days, analysts remain confident that the currency has entered a solid bull phase, and further spikes may be relatively close.

Broker Jim Iuorio comments that Bitcoin will undoubtedly go higher from here, striking $8,200 in the coming days and ultimately targeting $9,400 not long after. In addition, blockchain and the technology behind Bitcoin continues to enjoy mass adoption, which may be paving the way for current price stability.

A new report stemming from a Quebec-based government office suggests that no credible link exists between Bitcoin and money laundering, as most criminals are turned off by Bitcoin’s “newfound” lack of anonymity. While the currency has undoubtedly been considered non-transparent in the past, law enforcement agencies do have the capabilities to track and uncover transactions.

This knowledge is reportedly bringing further blockchain players to the table, including financial and technology services group True Potential. The company is set to become the first U.K.-based asset management company to implement blockchain technology into its in-house trading platform, ensuring all transactions are dutifully recorded.

Examining Bitcoin’s current trends would suggest that the next goal could be an even $10,000 granted it’s able to surpass the 50-day SMA. Major resistance is expected at approximately $12,700, which the currency isn’t expected to reach just yet.

Bitcoin’s behavior appears to be rubbing off on its crypto-cousins, with Ethereum spiking to $515 at press time after yesterday’s $507 mark. Ethereum has bounced back from a recent dip that saw it trading in the $400 range, but the 20-day EMA suggests the currency could be at the start of a new uptrend. However, we’re not likely to know until the week’s end.

As the second-largest cryptocurrency, Ethereum is widely connected to Bitcoin, which means if Bitcoin goes down, Ethereum will follow suit. Granted Bitcoin can keep up its momentum, we’ll continue to witness ongoing spikes for Ethereum.

The currency was recently the subject of mass speculation after founder Vitalik Buterin proposed a potential cap of 120 million coins. The move has been heavily criticized as a diminishment of Ethereum’s security, though Buterin cites “economic instability” as his main concern.

Previous analyses had suggested Bitcoin Cash would experience a solid price hike in the coming days granted it was able to break $778, which has noticeably occurred. A rally of the 50-day SMA would bring the currency up to $945 and $1,114 not long after that.

Ripple having a hard time breaking its current spot. The asset has only risen by $0.01 from yesterday’s $0.67, but if the bulls can remain defensive, a rise to $0.70 and $0.83 soon after could be expected.

Litecoin is presently trading at $138, a one-dollar hike since yesterday’s $137 position. Most analysts remain neutral on Litecoin, with current trends suggesting incoming resistance at $141.