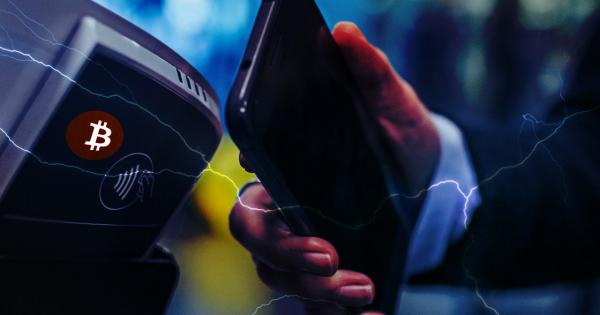 Photo by Jonas Leupe on Unsplash

History of the Lightning Network

The Lightning Network is a layer on top of the blockchain that utilizes smart-contracts to execute transactions. Such a system enables payments without any on-chain transactions, eliminating high-fees and long transaction times.

Under development since 2016, the Lightning Network wallet went live on March 28th, 2018, followed by an Android app the following week.

Using the Lightning Network transactions can resolve in milliseconds at the cost of less than a tenth of a cent.

Theoretically, the Lightning Network is capable of executing billions of transactions per second across the network.

Another development could radically alter how users transact with Bitcoin – near-field communication, or NFC, could allow for Bitcoin transactions to happen at the tap of a phone.

The open-source Lightning Network project is already making progress on integrating such a system.

One developer working on NFC payments envisions a system where customers could make instantaneous payments with or without mobile service.

Bitcoin’s use as a method of payment has dropped precipitously. Notable names such as Microsoft, Reddit, Stripe, and Steam abandoned the payment method due to high fees and long transaction times.

However, widespread adoption of NFC alongside Lightning Network could move Bitcoin from a store of value to a medium of exchange. Such a development could also mend schisms between the Bitcoin Core and Bitcoin Cash communities.