The photo-editing app holds millions of dollars worth of the asset and corrected sharply this morning, a day after ETH dumped to under $2,200. 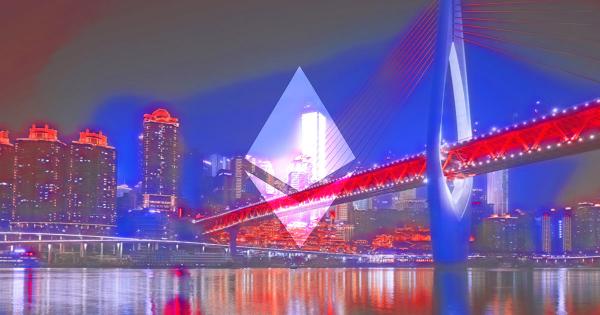 Yesterday saw over $8 billion in liquidations (or collateral that is seized by exchanges after asset prices hit a predetermined price level) and over 350,000 trading accounts getting liquidated as Bitcoin, Ethereum, and other cryptocurrency fell by double-digit percentages.

Bitcoin fell to as low as $29,000, Ethereum to $2,000, with some DeFi majors like SushiSwap (SUSHI) dropping as much as 40%. And amidst all this, the companies related to cryptocurrencies—via treasury holdings or being part of the mining supply chain—took on big losses as well.

Meitu, a Hong Kong Stock Exchange-listed photo editing company, tanked by 8% this morning. The photo-editing app holds millions of dollars worth of Bitcoin and Ethereum as part of its treasury funds, and traders likely reacted to yesterday’s downfall.

A mainland-listed company called Shenzhen Asia Link, which provides third-party payment services used by crypto companies, led that list, falling 10% in the session before its trading was shut down by the exchange.

Elsewhere in the US, Bitcoin-linked companies like MicroStrategy, and Tesla took hits as well, with MSTR losing -6% in the New York trading session and TSLA a relatively smaller -2%.

The drop came a day after a ‘FUD’ development out of China, one that stated the country could, once again, ban the usage of cryptocurrencies. The rumour was overblown however, with the report being a reiteration of a previous statement.

Meanwhile, the crypto market seems to be moving upwards at press time, with buyers stepping in last night. ETH gained over 9% and trades at $2,665, while Bitcoin trades just under $40,000. The fear and greed index tells another story, however, suggesting the market is in a state of “extreme fear” at the moment.