This partnership expansion along with the recent IoTeX-Cartesi link-up enable creators to build their ideas and tackle complex problems that were impossible to solve before. 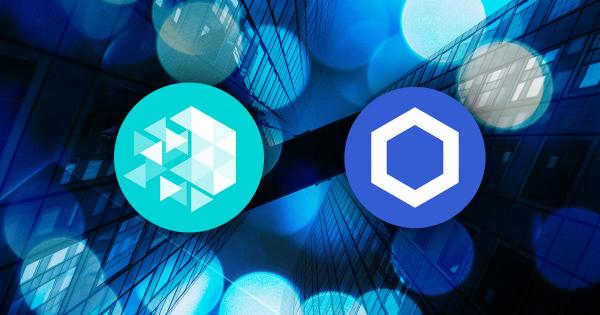 Photo by Yingchih on Unsplash

Chainlink and IoTeX have expanded their partnership to enable developers to build on the latter’s blockchain platform more advanced smart contract applications with access to real-world data and off-chain computation.

IoTeX will essentially integrate Chainlink’s decentralized oracle technology onto its blockchain network. The two top projects have made significant progress in bringing reliable, valuable data from the blockchain space and applying it to real-world use cases. Pairing Chainlink’s historical data with IoTeX’s real-world data in real-time is what makes the two projects a powerful duo.

This Chainlink and IoTeX collaboration includes Protofire, which has received a Chainlink community grant for this project. Protofire is tasked with the IoTeX native integration and verification of Chainlink’s contracts to make them compatible with the IoT-focused blockchain network. It will also create instructionals for developers who want to integrate Chainlink into the IoTeX network.

Protofire is a widely recognized provider of blockchain development with vast experience in building decentralized protocols, developer tools, and smart contracts. It has contributed to many top projects, such as Gnosis, Maker, and Tezos.

“We’re excited to be working with the IoTeX and Protofire teams,” said Chainlink Labs Head of Blockchain Partnerships Niki Ariyasinghe. “The three teams are working closely together to enable Chainlink oracles to run natively on IoTeX.”

Ariyasinghe also said that thanks to the partnership expansion, “developers will soon have access to high-frequency oracle updates while still retaining a high level of tamper-resistance and data quality, enabling the development of a vibrant ecosystem of DeFi applications.”

Cartesi and IoTeX partnered on 2 December. With Cartesi’s technology and the IoTeX infrastructure, performing technical integrations will enable both teams to address much more sophisticated IoT-oriented solutions.

The Chainlink, Cartesi and IoTeX partnership bridges the gap between blockchain systems and the rest of the world. This will help with greater mainstream crypto and blockchain adoption.

Cartesi is the first operating system on the blockchain. It brings Web2 developer tools to a blockchain environment, including Linux, standard programming languages, services, and libraries. This breaks down a significant barrier for non-blockchain developers to enter the space and build next-gen Dapps using their familiar mainstream software components.

Even more notably, Cartesi solves what many other blockchain projects have not: computational scarcity. Cartesi’s off-chain computing allows Dapps to be run on Linux and be verified by the blockchain while executing complex processing that exceeds blockchain’s computational limits and fees.

With Cartesi as the platform environment, Chainlink provides the data. Chainlink brings valuable data from off-chain sources and feeds it into the blockchain. Public data feeds can provide nearly any type of information such as weather indexes, GPS information, traffic reports, or stock market prices. Blockchain developers can now use this historical data in smart contracts.

Chainlink’s unique oracles act as the secure middle-man to take off-chain data and give it on-chain functionality. This solves the problem of real-world information being able to communicate with blockchain networks.

Pulling open data from global giants like Amazon Web Services (AWS), Google Cloud, and the Weather Channel, and giving it the security and privacy of blockchain is transformative for applications. Users can undoubtedly trust that the third-party data is verified, and its integrity cannot be compromised.

With the historical context of Chainlink’s data, IoTeX steps in to provide real-world data in real-time. Machines and smart devices generate data that can now be securely brought onto the IoTeX blockchain. This trusted data could come from motion sensors, smart vehicles, fitness wearables, environmental trackers, or any Internet of Things (IoT) device.

IoTeX with its MachineFi vision allows the users of these devices to own the data and benefit from its generated value. Now, humans and machines can interact with guaranteed trust and privacy in a way that has never been done before.

With the genesis of the metaverse, people are more eager than ever to claim digital ownership. IoTeX empowers users to digitize their physical experiences and use that data to interact with Dapps, DeFi, GameFi, and more in its vast ecosystem.

At the network level, IoTeX’s Layer 1 blockchain provides inexpensive fees per transaction and fast time to finality. This makes it a scalable, ultra-fast blockchain for enterprise-level solutions.

“Chainlink and IoTeX have been partners since 2019 when they began conducting significant research and development that has led to this integration, from which we can expect to see major applications as the collaboration further develops,” said IoTeX Head of Growth Art Malkov.

“IoTeX recently jumped the crypto ranks into the top 90 on Coinmarketcap.com,” said Malkov. “It’s clear the market recognizes the significant implications of combining historical data and real-time data from connected devices. No doubt, there will be unimagined uses found for combining different data sets.”

How it all ties together

The IoTeX-powered machines and devices produce information that can then be used in smart contracts for further functionality. In these contracts, IoTeX’s real-time data can be cross-referenced with Chainlink’s historical data to calculate different insights or analytics. At the center of this pair, Cartesi is the environment that computes the historical and real-time data.

Developers can create Dapps to help users contextualize their real-world experiences with those of the greater population. More so, Dapps can reward users based on their provided data.

Imagine you are looking for the nearest convenience store. Cartesi’s developer environment allows you, or a Dapp creator, to write a smart contract and find this information. Your IoTeX-powered device can track your current GPS location, then Chainlink provides a verified API call for all the stores around that location. These conditions execute and return the nearest store to you.

Your fitness wearable device can measure your heart rate while exercising. Now to determine your healthiness, the Dapp will use Chainlink’s provided data to find the benchmark of average health rankings globally. If you are healthier than a certain percentage of the population, then the Dapp may reward you for living a healthier lifestyle.

A sensor can capture air quality in a children’s playground. To ensure it is maintained at a safe level or give hyper-local air quality advisories, this data can be compared with historical air quality indexes to give the necessary context to the measured level.

The use cases expand to nearly every possible sector in both individual and enterprise instances. While each blockchain is powerful on its own with a unique approach, there is no denying that they are nearly unbeatable when combined.

Cartesi empowers developers with a strong computing environment. Chainlink is the gateway to bring global databases of information to blockchains. IoTeX brings real-time data from physical devices to compare individuals’ data against the rest of the world. With these three, Dapps will reward users for contributing their data, incentivizing users to make certain choices or complete actions. All three together enable creators to build their ideas and tackle complex problems that were impossible to solve before.

Who Was GameFi’s Biggest Winner in March | March Monthly Report

IoTeX is the next generation of the IoT-oriented blockchain platform with vast scalability, privacy, isolatability, and developability. Learn more

Cartesi is an Operating System for DApps that provides a Linux runtime environment for DApps, enabling complex and intensive computations to run outside blockchains without compromising decentralization. Learn More