Some speculate NFT prices are driven by money laundering, but Charles Hoskinson points out that this isn't a problem exclusive to crypto. 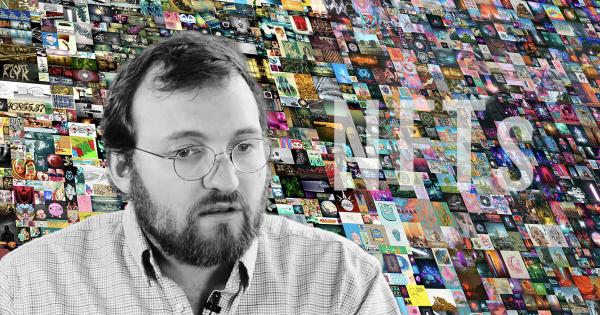 Recent weeks have seen a renaissance in NFTs as trade volumes surge, and high-profile sales continue with no sign of letting up.

While proponents say this as indicative of a “culture shift,” others contend that there’s more to this than meets the eye. Namely that, sky-high prices are driven by money laundering.

In sharing his view of the situation, Input-Output Global boss Charles Hoskinson postulates that there is an element of this happening. But Hoskinson points out that this situation isn’t unique to crypto.

As such, is this a practice that we should all grin and bear?

How do money launderers use NFTs?

When people think NFTs, most think about the absurdity of paying hundreds of thousands, if not millions, for digital artwork. This is all the more bewildering when NFTs can be copied for free.

Proponents argue that despite being easily copied, the value proposition comes from the status bestowed by ownership, and the bragging rights that come with that.

All the same, to the average person on the street, this explanation alone still doesn’t tally when it comes to the price commanded by in-demand pieces.

Hoskinson described the current situation as either “irrational exuberance,” or a vehicle for money laundering. He added that using NFTs to launder money is possible because many platforms are non-custodial and do not require registration.

What usually happens is, using another account, the money launderer sells an NFT to themself. The sale then washes dirty crypto by giving the proceeds a legitimate source.

“Then what you do, you have this rock picture, you sell it to yourself through your other account, which is “some other person.” That other person buys that rock NFT, and you’ve effectively just transferred money from an illegitimate source to a legitimate source.”

But rather than being a crypto problem, Hoskinson points out that this goes on in other sectors as well.

Expanding further, he said it’s common for real-world art to be used in money laundering under similar circumstances. And there’s also a “soft corruption” when it comes to paying speaking fees as well.

But with U.S regulators signaling sweeping crypto reforms, it’s likely that NFTs will get singled out.