For the first time since March 2017, buy orders now compose over 92% of market activity. 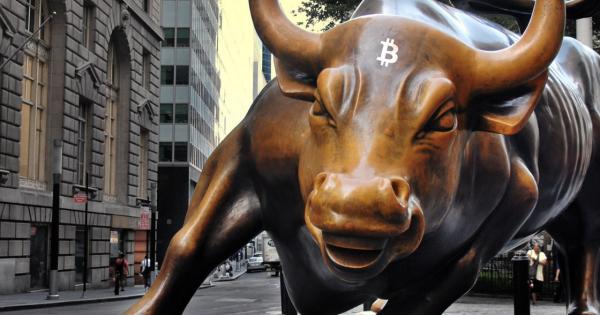 For the first time since March 2017, buy orders now compose over 92% of market activity. Hot on the heels of a massive $120 billion recovery, the massive surge in buy orders heralds an impending bull market that could potentially exceed the monstrous late 2017 run up.

Data from TurtleBC demonstrates that cryptocurrency buy market percentage across a diverse range of coins including Bitcoin, Ethereum, Ripple, Dash, NEM, and money is currently at a massive 92.86%, greater than the December 2017 high of 88%.

With so many buy orders placing pressure on the cryptocurrency market, a significant price shift is highly likely. Buy order presence isn’t the only indicator that hints toward a massive run up in the near future, however — with Bitcoin exhibiting a meteoric $1,000 jump over the last three days, investors are moving in quickly to capitalize on what is anticipated to be a return to the $10,000 BTC psychological barrier.

Cryptocurrency market observers are calling for a dramatic increase in Bitcoin values sooner rather than later. Notably, Fundstrat co-founder and head of research Thomas Lee has reiterated his frequent bullish predictions, forecasting a year-end target BTC value of $25,000.

In an interview with CNBC last week, Lee predicted a 225% increase from the $7,662 BTC value at the time of his statements:

“We still feel pretty confident that bitcoin is a great risk-reward and we think it could reach $25,000 by the end of the year … It’s overdue. Bitcoin was incredibly oversold”

While Lee is notorious within the cryptocurrency community for his consistently bullish position on Bitcoin, his prediction that selling pressure would ease subsequent to tax day in the US was correct.

This significant flow of investment capital could contribute to market health as the blockchain industry matures.

While market sentiment is overwhelmingly positive, not all predictions are bullish. One of the most interesting predictions of the last month comes from Harvard economist Kenneth Rogoff, who stated in an interview with CNBC that Bitcoin is likely to trade at $100 per token by 2028 — disappointing news to John McAfee.

Rogoff, the former chief economist of the International Monetary Fund, appears unaware of the utility of BTC or the implications of Lightning Network implementation, stating that “if you take away the possibility of money laundering and tax evasion, its actual uses as a transaction vehicle are very small.”

The sheer level of capital that is currently being invested in the blockchain industry makes it highly unlikely that Bitcoin — the undisputed market cap king — will be falling from grace any time soon. Recent employment statistics demonstrate that blockchain-based job positions have doubled in the last three months as enterprise organizations prepare for the incoming blockchain revolution.

Blockchain is Here to Stay

As the oldest, most valuable, and most liquid crypto-asset, Bitcoin is considered the “gold standard” of the blockchain, and can be exchanged for virtually every other altcoin on the market.

There are now thousands of merchants that accept Bitcoin directly as payment, and with LocalBitcoin volume recently at an all time high, it’s never been easier to exchange BTC directly for fiat currency.

Bitcoin, altcoins, and blockchain technology is here to stay. Interestingly, the Delaware State Senate has recently passed an act that explicitly allows for the use of blockchains to maintain corporate share registries, making it highly likely that crypto-assets will replace traditional securities entirely.