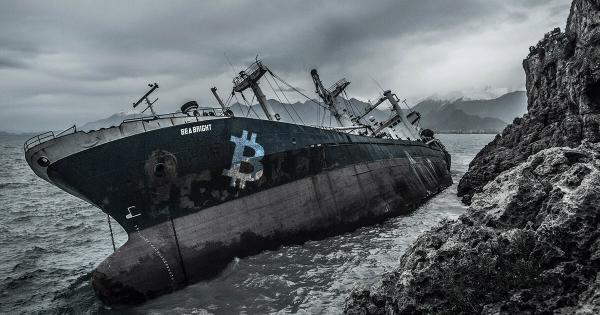 Photo by Mahir Uysal on Unsplash

On November 26, the Bitcoin futures market recorded nearly $800 million in long contract liquidations alone. It marked the worst day for the derivatives market since the March 12 crash.

The derivs market hasn't gotten this rekt since the black swan in March.$BTC pic.twitter.com/omNoJUPXi3

On March 12, the price of Bitcoin declined to below $3,600 after over $1 billion worth of futures contracts got liquidated. The cryptocurrency market saw a similar crash in the past 24 hours.

The downtrend was kickstarted by heightened levels of whale selling on Coinbase and Bitfinex. Data show that most of the liquidations occurred on Binance Futures, which saw $400 million liquidated in two hours.

What does this mean for the Bitcoin price?

Order books of major exchanges were obliterated, mass liquidations occurred, and it continued to push the price lower.

Liquidations occur because traders in the futures market borrow capital or margin to buy or sell Bitcoin. As an example, if a trader buys $100,000 worth of BTC with a 10x leverage, if the price drops 10%, the position gets liquidated.

When a position gets liquidated, the entire account balance gets wiped out. If a long contract becomes, it turns into a market sell order, applying more selling pressure.

This is what essentially happened on November 15. Liquidations that totaled $1.8 billion throughout the day turned into massive selling pressure on Bitcoin.

Consequently, both Bitcoin and Ethereum substantially declined as the market plummeted.

“What else? Trading in the momentum-y direction is really only half the battle — you’ve also gotta exit, since we know that post-liquidation moves tend to revert. Sure, they don’t really revert all the way, so it’s not *critical* to nail this — but you’re leaving $ on the table.”

After a massive drop, the futures market would have to reset and the spot market has to restore order books as well.

This could mean that the price of Bitcoin would likely consolidate for a week or two before it sees a larger move.

Alex Wice, who ranks at the top of FTX’s leaderboard, said the team is waiting before entering any trades. He emphasized that any downside movement or wicks could be large.

As such, Wice said the team is looking for spot bids, meaning spot Bitcoin purchases without added leverage. Wice wrote:

“We are flat and awaiting reentry. Saved by trailing stops. If you are a normie, just bid spot and HODL. Any wick down or V up could be massive. Remember, this isn’t the regular season. These are tough, playoff minutes. But this is where championships are won.”