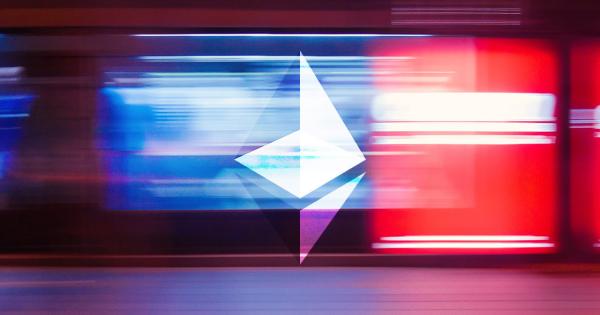 The Ethereum price has increased from $165 to $194 within a 10-day span, breaking out with strength in a larger time frame for the first time in a month against both bitcoin and the USD.

Traders and technical analysts have started to demonstrate optimism towards the short term trend of the asset as a major technical indicator that has signaled downward movement for several months has begun to show signs of a potential reversal.

“Good news is that ETH/BTC price has finally moved and closed above the daily 20MA This has been a major indicator that has confirmed the downtrend for months We could be up for a nice reversal confirmation after price breaks the resistance cluster overhead.”

Against bitcoin and the USD, most alternative crypto assets have recorded substantial losses since early 2018.

After recording its all-time high in January at $1,448, the Ethereum price has fallen by more than 86 percent against the USD, closely resembling the performance of other alternative crypto assets like XRP, Bitcoin Cash, EOS, Cardano, and Monero.

However, according to Chris Burniske, a partner at Placeholder VC, the increase in the total daily gas used by the Ethereum network indicates a noticeable increase in demand for the blockchain protocol by developers and users.

On the Ethereum network, developers and users need to use transaction fees in the form of gas to process information such as sending or receiving money, messages, and other forms of data.

On Sept. 14, the total daily gas usage on the Ethereum network hit an all-time high, surpassing its record achieved in January when the Ethereum price was at $1,448.

“Ethereum total daily gas used (blue line) is currently at all time highs based on the 14 day moving average.”

The increased usage of Ethereum, as well as the heavily anticipated launch of Ethereum 2.0, remain as possible factors for the sustained upside movement of the Ethereum price.

As reported by CryptoSlate, Santander, a major financial institution, issued a $20 million bond on Ethereum, potentially marking the start of a new wave of initiatives on the protocol.

Vitalik Buterin, the co-founder of Ethereum, said at the Ethereal conference during a Q&A session that the first stage of the Ethereum 2.0 development is essentially finalized. Buterin said:

“[First stage of Ethereum 2.0 is] finalized except for things that come up during the security audits. The clients are now talking to each other. The next step is to make sure they can maintain a public network at scale.”

Optimistic traders anticipate that the synergy between improving fundamentals and technical indicators could fuel the short term recovery of Ethereum.

Daily shows a break of descending resistance and a recapture of horizontal resistance as support. 4 hour shows a clear inverse head and shoulders, which acts as a reversal. I haven't said this in a while but… Ethereum look good. pic.twitter.com/dVG6PBt42f

“[ETH/USD] looks even more bullish than the BTC pair. Beautiful bounce off the top of demand, with tweezer bottoms on the previous 2 weekly candles (and only wicks into demand). Broke descending resistance. Nice big green candle brewing for this week.”

This post was last updated on November 7th, 2019 at 02:43 amThe fifth-largest bank in Europe, Banco Santander, is the first financial institution to issue an “end-to-end” debt-based bond on Ethereum’s public blockchain.

This post was last updated on April 25th, 2020 at 09:32 amVenture capitalist Fred Wilson once believed that Ethereum would surpass the market capitalization of Bitcoin.