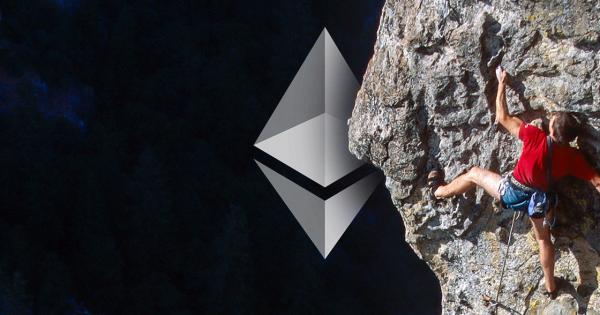 Venture capitalist Fred Wilson once believed that Ethereum would surpass the market capitalization of Bitcoin. Yet, persistent scaling problems are causing former advocates to revise their opinions. Investors seem to agree, with ETH trading at historic lows against BTC.

“Hard to build on”

Fred Wilson, co-founder and managing partner at Union Square Ventures, used to think that Ether would surpass the market capitalization of Bitcoin. Now, the venture capitalist believes that even though the technology behind Ethereum is on the cutting edge, there are many unsolved issues with the protocol impairing its adoption.

“Ethereum, as many of you know, confounds me. It has shown the way to so many important things; smart contracts, programmable trust-free computing, potentially proof of stake, and a lot more. But it remains hard to build on, scaling issues abound, and many developers are looking elsewhere,” wrote Wilson in a blog post.

At the moment, Ethereum is struggling with crippling congestion. The blockchain’s network utilization is currently over 90 percent, making it costly to run applications and use.

“Many of the most promising and best-funded projects are massively delayed in getting to market. Some of this is that building scalable secure and decentralized protocols is not easy. But it is also true that the decentralized development approach that many of these projects are taking is not well suited to deadlines and ship dates,” continued Wilson.

It's not solved at all. Even the newer semi-centralized blockchains have TPS in the hundreds; AFAIK EOS has already had scalability bottleneck issues.

Vitalik Buterin, Ethereum’s figurehead and co-founder, admitted to the limitations that could impede Ethereum from realizing its potential as a widely adopted “world computer.”

“Scalability is a big bottleneck because the Ethereum blockchain is almost full. If you’re a bigger organization, the calculus is that if we join, it will not only be more full but we will be competing with everyone for transaction space. It’s already expensive and it will be even five times more expensive because of us,” said Buterin.

Although Fred Wilson is disappointed that these issues have not been solved yet, he remains optimistic about the future of the technology. One way to fix all of these problems is with the implementation of Ethereum 2.0, according to Buterin.

Ethereum 2.0 (Serenity) is the most awaited upgrade on the Ethereum network. It aims to allow “millions of transactions per second” to be processed via second-layer solutions, including Sharding and Plasma.

“If you get a 100x from Sharding and a 100x from Plasma, those two basically give you a 10,000x scalability gain, which basically means [the Ethereum blockchain] will be powerful enough to handle most applications most people are trying to do with them,” explained Vitalik Buterin.

Thus far, the market appears skeptical that Ethereum 2.0 will rejuvenate the price of ETH. Since June 26, Ethereum plummeted 55 percent. But, investors may soon get some relief.

The $167 support zone represents a critical level for Ethereum’s trend. If it is not able to hold, ETH could reach $145, increasing the probability for a further decline that takes it back to $90, as stated by Max Keiser, host of RT’s Keiser Report.

However, there are several bullish signs on the 1-week chart indicating that ETH is bound for a major upswing. The TD sequential indicator, for instance, is signaling that this cryptocurrency could be about to rebound. ETH is currently on a red nine candlestick above the setup trendline, which is a buy signal. Based on this technical index, Ethereum could rise for one to four weeks or begin a new bullish countdown.

In addition, a falling wedge appears to be developing under this timeframe. This technical formation signals a price reversal from bearish to bullish. Upon the breakout point, the falling wedge predicts a 38 percent surge that could take ETH to hit $242. A spike in the buying pressure behind the cryptocurrency will confirm the bullish signals while an increase in selling pressure will invalidate them.

Although expectations are high for the next major network upgrade, it remains to be seen if it will allow its price to recover.

Ethereum’s shortcomings have demoralized some of its major proponents, such as Fred Wilson. Meanwhile, Vitalik Buterin remains “confident” that some of the issues with the network are starting to be resolved and that there “aren’t any showstoppers” to Ethereum 2.0. If the upcoming upgrades are indeed successful, there is no doubt that the smart-contracts giant “will actually [become] the world’s computer,” as envisioned by Buterin.

Along the same lines, Mariano Conti, head of smart contracts at MakerDAO, believes that even if ETH 2.0 is “significantly delayed,” Ethereum is “good enough for proper decentralized finance in the next three or four years.”

This post was last updated on November 7th, 2019 at 02:43 amVitalik Buterin, the co-founder of Ethereum, has said that in order to raise the gas limit for Ethereum’s next fork, the community should start an online campaign.

This post was last updated on November 7th, 2019 at 02:43 amA capacity crisis is roiling Ethereum as it hits a historic low against Bitcoin. Although declining prices appear to be part of a broader corrective trend, some analysts argue hiccups in the protocol’s development are the root cause.

This post was last updated on November 7th, 2019 at 02:43 amProminent Muslim scholars and financial advisors released a white paper declaring Ethereum “halal,” or permissible, according to Islamic Sharia law.

This post was last updated on November 7th, 2019 at 02:43 amHistory’s third largest Ponzi, Plus Token, took in nearly 10 million Ethereum—worth $1.9 billion—from over 800,000 victims, according to analysis conducted by Elementus.