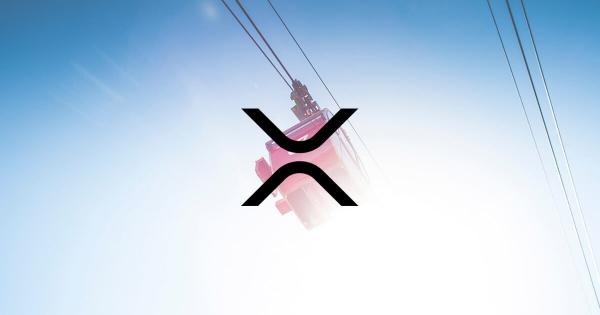 Ripple Lab’s Q1 Markets Report for 2020, a quarterly publication detailing XRP’s growth, revealed a massive 90 percent drop in institutional token sales compared to the last quarter of 2019. On the plus side, however, the firm saw a significant uptick in trading volume and a successful cross-border project.

As shown in the chart above, XRP volumes increased approximately 40 percent to $29 billion in Q4 2020. Average daily volume (ADV) also increased by 70 percent to $322 million per day, with sales representing just 0.006 percent of total volume. Programmatic sales remained zero as an extension of Ripple suspending the program earlier last year.

XRP’s daily trading range reached 6.2 percent, almost double of 2019’s 3.1 percent. The metric indicates traders flooded into XRP tokens and short-term trades may have contributed to the jump in volatility.

However, the data showed XRP was decorrelated to other assets prior to “Black Thursday,” a now-historic day when Bitcoin and other cryptocurrencies plunged over 50 percent over consecutive trading sessions on March 12 and 13.

Three billion XRP in total were released to Ripple in 2020. While this activity can be tracked via a Twitter-based escrow bot, it attracts huge criticism from naysayers who term the movement an “ever-present” ICO. The company controls most of XRP’s issuance, which translates to over $200 million in added funds at current prices each month.

Much of the above figures can be attributed to the increasing prices across the broader cryptocurrency market, presumably as Bitcoin reaches closer to halving on May 12. Public sentiment is bullish even as traditional stock markets remain volatile and institutional interest is said to have bolstered in January 2020.

“Within a few months, ODL saved the company 30%-50% when arranging currency transfers between customers in the Philippines and those in the UK and Europe.”

The next report will be available in August or September, capturing XRP’s market performance the next four months and summarizing any advancements in XRP-focussed projects or products.