Options data: Big Bitcoin traders are still betting on a “retrace” despite halving

It’s been quite the past few months for Bitcoin. 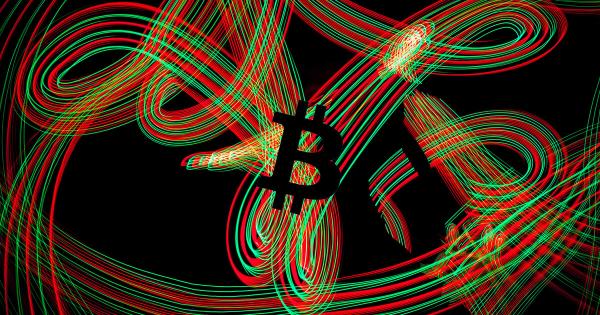 Photo by Roman Romashov on Unsplash

It’s been quite the past few months for Bitcoin.

In the face of a recession — a recession that central bankers are saying will be the worst in modern history, potentially worse than the Great Depression — the cryptocurrency market has not only rallied, but it has also seen positive news flow. So positive, in fact, that Bitwise branded the past six weeks have been among the most eventful—and bullish—in crypto’s history.”

Despite this, cryptocurrency derivatives exchange Deribit indicated that per the trades being completed on their platform, they can tell that “real money” is still leaning bearish on Bitcoin for the time being.

Options traders are betting on a Bitcoin downturn

If you read Crypto Twitter, it seems that everyone is bullish on Bitcoin.

After all, in the past month, we’ve seen a swath of positive catalysts seemingly indicating that demand for Bitcoin is exploding and will continue to do so: billionaire Wall Street veteran Paul Tudor Jones recommended Bitcoin, the third halving came to pass, central banks have begun printing more money than ever before, and much more.

Yet according to Deribit’s insights team, “real money flow is buying puts.” That’s to say, the bullish news narratives aside, there are big investors pouring money into derivative contracts betting that Bitcoin goes lower in the coming months:

“There are a variety of users and narratives for buying puts, not all bearish; protection can be cautiously bullish. But there seem some aggressive buyers still concerned/predicting a retrace,” the exchange wrote.

While these traders are making a bet on the probability that Bitcoin drops, they may get what they’re wishing for.

First and foremost, analysts are charting that at long last, after rallying over 30 percent from the March lows, equities are preparing to turn over once again.

According to a report from Bloomberg, technical strategists at JPMorgan Chase & Co believe that the S&P 500 is currently forming a medium-term price ceiling around 2,940 points:

“The S&P 500 Index staged a bearish reversal week after moving deeper into the large confluence of resistance levels surrounding 2,900. While the two-day pullback from that key resistance area is only tentative at this point, it at least marks a continuation of the trend deceleration pattern that started in mid-April.”

The narrative goes that Bitcoin is uncorrelated, meaning it should be unaffected by a stock market crash. But as BitMEX’s Arthur Hayes remarked in a recent newsletter, the chance BTC retests $3,000 again is “likely […] if the S&P 500 rolls over and tests 2,000.”