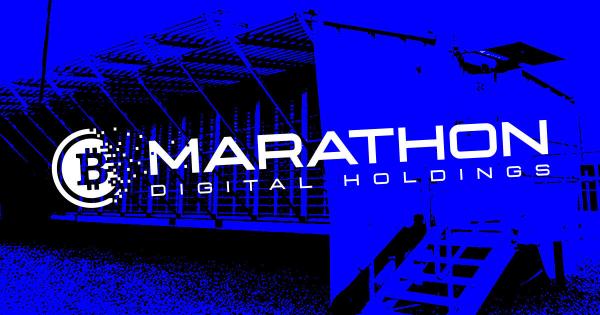 The press release further stated that the BTC miner paid $50 million to Compute North as operating deposits. The deposits covered security deposits and prepayments for its operations on Compute North’s Wolf Hollow and King Mountain mining facilities in Texas.

Marathon Digital does not own mining facilities. Instead, it uses data centers operated by third parties like Compute North for its operations.

Meanwhile, Marathon stated that Compute North’s bankruptcy is unlikely to affect its operations as it remains focused on the projected growth of 23 exahashes per second (EH/s) in 2023. It currently has a capacity of 5.7 EH/s.

“While we expect operations to continue as originally anticipated, our asset light model provides us with the optionality to relocate our miners to other locations, should the need arise.”

Compute North filed for bankruptcy last month due to the liquidity issues arising from the bear market. The firm says its bankruptcy filing would allow it to restructure its businesses. The firm owes 200 creditors roughly $500 million.

The press statement revealed that Marathon now holds 10,670 BTC, valued at roughly $207.3 Million. According to the firm, it produced 360 BTC in September 2022 and 616 BTC during the third quarter of this year.

According to CEO Thiel, the firm is eyeing more success as it looks to onboard 19,000 additional miners within the next 30 days. The firm currently has 57,000 active miners, representing approximately 5.7 exahashes per second.

Meanwhile, Marathon shares are down by over 60% despite improved numbers. Its shares performance mirrors other publicly traded crypto-related companies.