Cryptocurrency investors in Germany can benefit from 0% tax rates on their profits if they hold their coins for a year without cashing out. 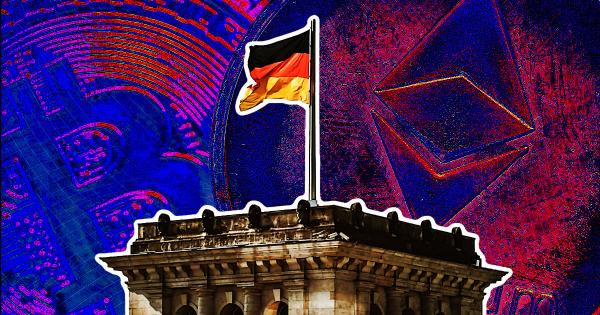 Germany has recently made news for being a crypto-friendly nation that encourages citizens to hold their cryptocurrency. The German Federal Central Tax Office regards cryptocurrencies as private money for tax reasons. This means that cryptocurrencies are neither regarded as legal tender, a form of foreign currency, nor a form of property.

The concept is straightforward: if you want to benefit from cryptocurrencies, you must keep them for a full 365 days. If you subsequently convert them back into fiat money, all gains you make are tax-free.

Anyone who sells their cryptocurrency before the end of the holding term (formally known as a speculative period) must pay capital gains tax on the whole profit if it exceeds 600 euros.

This scenario sparked an idea among some investors. Throughout the year, they merely utilized their cryptocurrency for staking or lending. As a result, the cryptos were able to create extra money passively during the specified time period.

Because of a specific piece of law, there has been debate on whether the holding time should be raised to 10 years in some instances. Such a problem may have developed as soon as a coin is used for staking or lending. However, a tweet by German MP Frank Schäffler, revealed that this idea was scrapped.

An English translation of the tweet reads as follows:

“The holding period for staking will not be extended to 10 years. Good news from Parliamentary State Secretary Katja Hessel” Frank Schäffler said in his tweet.

In a nutshell, this implies that any Bitcoin gains are tax-free after one year, regardless of how the cryptocurrency is utilized during that period.

Germany world’s most crypto-friendly country but averse to DeFi

BitMEX buys one of the oldest banks in Germany

A ‘physical’ Litecoin ETF is coming to Germany’s Xetra exchange