United Kingdom-based exchange CoinFLEX plans on offering physically delivered bitcoin futures that can be leveraged up to 20 times, a move that will make them a major competitor to giants such as the New York Stock Exchange and Eris Exchange. 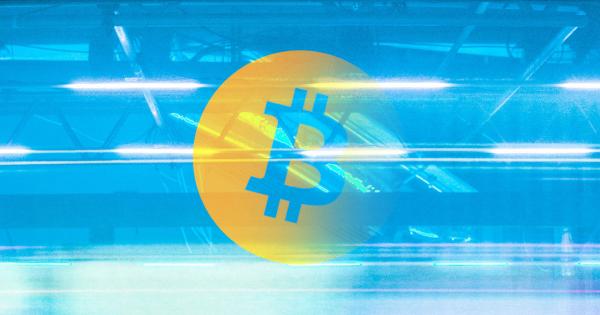 U.K.-based exchange CoinFLEX plans on offering physically delivered bitcoin futures that can be leveraged up to 20 times, a move that will make them a major competitor to giants such as the New York Stock Exchange and Eris Exchange.

A venture owned by a consortium of famed crypto investors and industry giants is about to launch one of the most closely watched products in the world of cryptocurrencies, Bloomberg Quint reported.

According to the report, CoinFLEX, a former unit of Coinfloor, a U.K.-based bitcoin exchange, will provide derivatives on some of the largest cryptocurrencies on the market to Asian retail investors. The derivates will become available at the beginning of February 2019.

Founded in 2017 as CoinfloorEX, the company is a venture by Roger Ver, the CEO of Bitcoin.com, the founder of Bitcoin Cash, and Trading Technologies, a broker software manufacturer.

Mark Lamb, the co-founder of Coinfloor, which will retain an equity stake in CoinFLEX, will take charge as the company’s CEO and lead the company from its new HQ in Hong Kong.

The company will have unique leverage over the competition—all of the futures issued on CoinFLEX will be physically delivered, Lamb said in an interview. This means that once a contract expires, its owner will receive the underlying cryptocurrency instead of cash, Yahoo! Finance explained:

“Crypto derivatives could become an order of magnitude larger than spot markets and the main thing that’s holding back that growth is the lack of physical delivery,” Lamb told Bloomberg.

Digital Assets Still Have Plenty of Room to Grow

Lamb identified trust as one of the main obstacles the crypto market faces. With many investors saying that settling bitcoin futures in cash is an easily manipulated process and introducing a trustless system could increase the volume of the futures market 20 times.

CoinFLEX plans on making a large bet on Tether as part of its futures offering at the beginning of February. The exchange’s contracts will trade against Tether, meaning that short bets made in bitcoin will receive Tether, and vice versa.

Another contract to trade Tether against USDC will be introduced, Lamb revealed, saying that the company was “confident in using it” due to its volume and liquidity.

Despite its parent company Coinfloor being vocal about introducing more regulation within the U.K., CoinFLEX has decided to go offshore:

“Crypto is a global audience and being regulated by one country would restrict who we can deal with elsewhere,” Lamb said.

Just like its competitor BitMEX, CoinFLEX is registered in the Republic of Seychelles. The proliferation of Bitcoin-based financial products will make the cryptocurrency more accessible, stimulate interest in the coin, and ultimately, increase demand.