Miners have expanded the gas limit on Ethereum by 20 percent over the last 10 days, helping address congestion and highlighting an innovative network capability. 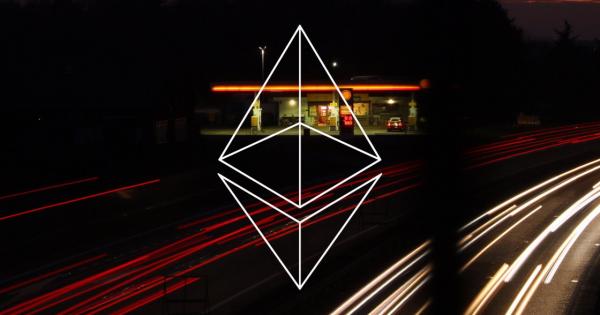 Miners have expanded the gas limit on Ethereum by 20 percent over the last 10 days, helping address congestion and highlighting an innovative network capability.

Over the last quarter, Ethereum has been plagued with congestion as network utilization began to regularly exceed 90 percent. As a result, average transaction fees, in dollar figures, have more than doubled since April. Ethereum co-founder Vitalik Buterin even remarked the “blockchain is almost full” in a comment about network scalability.

Gas represents how much work, in terms of computational resources, a transaction takes on the Ethereum network. By attaching a cost to work, gas ensures the network doesn’t get congested by transactions that aren’t economically valuable.

As a result, gas is similar to the Bitcoin transaction fee, while the gas limit is analogous to Bitcoin’s block size limit. A larger gas limit means each block on Ethereum can fit more transactions.

One underappreciated capability on Ethereum is its ability to scale naturally. Miners are able to vote to raise the gas limit, announced Vitalik Buterin, and were already doing so in response to network congestion.

Unlike Bitcoin, which has a fixed block size limit of 1 megabyte, Ethereum miners can vote to raise the gas limit by 1/1024 every block, allowing the network to gradually accommodate demand.

In short, the voting process allows the network to scale itself to accommodate greater network demand, allowing miners to help the community come to consensus—and preventing potentially disastrous hard forks around block size.

Examples of these community schisms are evident in Bitcoin. Bitcoin Cash forked from Bitcoin in August of 2017 to pursue 32 megabyte blocks. Bitcoin SV did the same in November 2018 to pursue 2 gigabyte blocks.

Meanwhile, over the last year, Ethereum has increased its gas limit by more than 8-fold without any rifts in its community.

Though, this does come at a tradeoff. As the gas limit increases the cost of computer equipment needed by nodes to support the network also increases.

This is one area where Bitcoiners are fundamentally unwilling to compromise. Ideologically, they value keeping costs for node operators low to ensure the network remains more permissionless and decentralized.

Some members of the Ethereum community have argued that miners controlling the gas limit represents a form a centralization. In contrast, Bitcoin was able to soft fork to implement SegWit, which roughly doubled its capacity, in spite of majority resistance from miners. By directly delegating this power to miners in Ethereum it’s uncertain what would happen if they acted against the interest of stakeholders.

Beginning last month, a skilled blockchain developer highlighted the difficulty of spinning up an Ethereum full node. Eric Wall, the former technical cryptocurrency lead at Nasdaq-acquired Cinnober, documented his 25-day saga syncing an Ethereum node from scratch. It was a herculean feat, emphasizing the ever-growing difficulty of running a full node on the network.

The primary source of additional strain on the network appears to stem from Tether’s migration over to the Ethereum network. Among the top 25 gas guzzlers on the network, Tether spent 24 percent of the ETH used on gas over the last 30 days.

But, the biggest culprit appears to be FairWin, a decentralized gambling service which spends 45 percent of the ETH used on gas among the top 25. Other notable congestors include ChainLink and IDEX.

Overall, it seems the network is scaling as intended, allowing Ethereum miners to choose when it’s economically sensible to increase the capacity of the network.