Coca-Cola is one of the latest companies who has announced that they are going to be using blockchain technology. 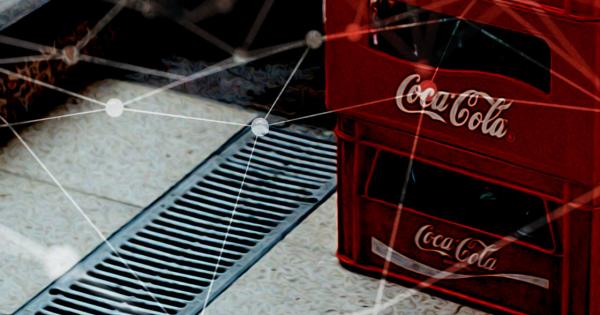 Photo by Adam Birkett on Unsplash

Coca-Cola is one of the latest companies who has announced that they are going to be using blockchain technology. However, the way they are using it may surprise some people. They are looking to fight forced labor and have teamed up with the U.S State Department and a trio of crypto organizations (Bitfury Group, Blockchain Trust Accelerator, and Emercoin) to launch a pilot project.

Ever since blockchain technology started being explored outside of the cryptocurrency world, there has been a lot of talk about the potential benefits of the technology in the humanitarian sector.

With the technology’s amazing security benefits coupled with the decentralized nature of it, it’s easy to see how it could be used to help increase transparency in many industries and at the same time help to reduce the amount of human cost we are currently guilty of supporting.

According to the International Labor Organization, nearly 25 million people work in forced-labor conditions worldwide, with 47 percent of them in the Asia-Pacific region.

Forced Labor is Not a Thing of the Past

When the announcement was made to use blockchain technology to help reduce forced labor it came as no surprise. Other companies are using it in their supply chains to track food, so why not use it to help reduce the number of horrific labor practices that occur in the food and beverage industries.

However, what did surprise people is that one of the first companies to do it is Coca-cola. The beverage industry is infamous for sourcing sugar cane for their “cans of happiness,” which often comes at a terrible price for workers on the sugar cane farms. A report released by Amnesty in 2008 said:

“In November 2007, inspection teams found 831 indigenous cane cutters working in poor conditions, also in Mato Grosso do Sul, while over 1,000 people “in conditions analogous to slavery” were released in June from a sugar plantation in Para state.”

In ten years not much has changed in the industry. Just last year the global supply-chain transparency organization KnowTheChain released a study which showed that most food and beverage companies fail to adequately address the problem of forced labor.

Who is doing what?

The project is looking at using blockchain’s distributed ledger technology to create a secure, decentralized registry for workers and their contracts. This would help to securely record the identification of workers and also provide a trail of evidence in case employers abuse their power or don’t honor the clauses that were set in the original contract. Each party involved in the project has its own role.

Coca-Cola’s role is part of a pledge to conduct 28 national studies on labor and land rights for its sugar supply chains before 2020.

This will help to confront complaints that they and other beverage companies continuously fail to protect their workers’ rights, often at times turning a blind eye to unethical practices.

The State Department will offer its experience with labor protection, while Bitfury Group and Emercoin are producing the blockchain platform itself. Blockchain Trust Accelerator is a non-profit aiming to use its namesake tech for social good.

Brent Wilton, Coca-Cola’s head of workplace rights, said, “We are partnering with the pilot of this project to further increase transparency and efficiency of the verification process related to labor policies within our supply chain.”

What could go wrong?

Although the project obviously has great potential and could help to reduce modern-day slavery, the pilot already has some limits. Companies who agree to use the pilot will have to ensure they meet their country’s labor requirements when creating contracts for their workers, however, it can’t force them to adhere to the conditions of the contracts.

This could mean that workers are still being forced to work in horrible conditions, albeit under an “ethical” banner.

However, it is likely that at least in the beginning companies who are looking to take on this innovative project are looking to see a positive change within their industry.

The project is young, it will be a while before we are able to see whether or not blockchain technology will help to reduce the amount of forced labor in the world.

As with most pilot projects, we will most likely see this one evolve, as all teams involved adjust to the learning curves.

Whatever happens, it is crucial that the issue of forced labor is continuously being looked at and kept in the media’s spotlight. Hopefully, blockchain technology is the answer we have been looking for.