A leading national publication on public Securities highlighted price volatility and the risk of money laundering as possible concerns. 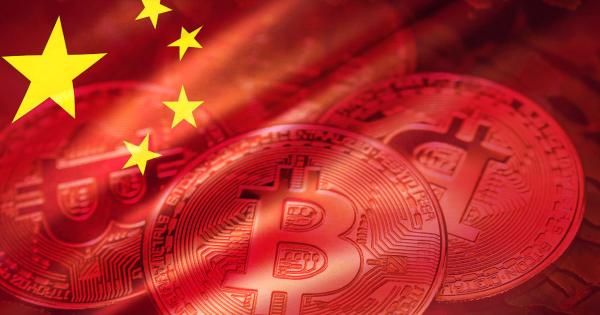 A broader consensus on strengthening the supervision of Bitcoin and crypto transactions is being formed, as per an opinion piece in the China Securities Journal (CS) on Sunday.

The public is actively being warned about high financial risks and illegal implications involved with entering the crypto market and is being cautioned about the high risks of cryptocurrency speculation.

China has been issuing regular advisories and creating policies to deter the use of crypto for years. While the country is preparing to launch its very own digital currency, controlled by the central bank, Chinese public media is tightening the rope on crypto.

“Bitcoin-related transactions are facing increasingly stringent scrutiny and supervision around the world. At present, the regulatory authorities of many countries have either explicitly banned transactions or issued policies to restrict them,” the report read.

It added, “In recent years, the relevant domestic authorities have always maintained a high pressure on virtual currency transactions, and there has been a continued upward trend.”

China’s biggest banks are, however, already deploying blockchain-based financial applications and the country is preparing to launch its own digital currency, the Digital Currency, Electronic Payment (DCEP). Without anonymity for the user, it will provide the Chinese government with new means of monitoring its economy and people.

In a recent statement regarding Bitcoin, the People’s Bank of China said that the move was “to protect the public’s property rights, maintain the status of the renminbi as legal tender, and prevent money laundering risks.”

As such, a ban on bank and payment institution dealings in Bitcoin has been in place since 2013, when the Chinese central bank, together with four ministries jointly released a public statement “Notice on Preventing Bitcoin Risks”.

By doing so, Chinese financial authorities claimed to be protecting the property rights of the public, safeguarding the yuan, preventing money laundering, and ensuring the country’s financial stability.

Meanwhile, the need for more scrutiny and restriction is currently being argued by stressing the high price volatility of Bitcoin, with the CSJ highlighting its nearly 30% market price drop in April and underlining its use by criminal parties for illegal transactions in its report.