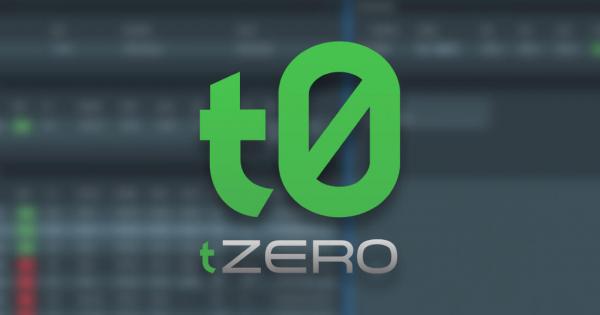 The first quarter of 2018 has seen a number of more complex financial instruments establish a presence in the blockchain ecosystem, such as Lendingblock’s foray into the blockchain securities lending sector. tZERO, a subsidiary of Overstock, appears to be ready to contribute to the maturation of the crypto market and has recently released a prototype of its planned security token trading software.

Launched from a highly successful December 2017 ICO that captured over $100 million USD in just 12 hours, the tZERO platform is designed to create a regulatory-compliant platform that facilitates the trade of security token trading.

The tZERO project aims to create an ecosystem in which both traditional and emerging security types can be traded, with the stated goal of “‘democratizing, expanding and strengthening capital markets.”

The tZERO platform can be considered to be an alternative trading system, and functions as a dark pool that is registered with the US Securities and Exchange Commission. tZERO grew out of Overstock’s Medici blockchain venture, which dates back to 2014.

Wait — What is tZERO?

The tZERO white paper can be difficult to find. The tZERO ICO itself, which is still ongoing, is being hosted by SAFTLaunch, which is a secure and compliant equity token platform that only makes white paper details available to accredited, verified investors. A publicly available copy, however, can be found hosted on Scribd.

The core axiom that drives the tZERO project is that regulation is inevitable, and will have a powerful impact on the ICO sector. tZERO posits that increased scrutiny from regulatory bodies will result in many tokens being classified as securities by the SEC.

The tZERO project thus aims to establish a regulatory complaint platform upon which these “security tokens” can be traded in a manner that complies with legal and regulatory requirements.

tZERO’s native token is explicitly defined in the tZERO white paper as a mechanism through which the tZERO team will raise capital to support tZERO’s business, and, according to tZERO, is the first “preferred stock security token” issued in accordance with US federal and state securities laws.

As such, the tZERO ICO (if it can be labeled as such) is far more complex than the average initial coin offering. Put simply, tZERO aim to create an exchange that facilitates the trade of tokens that have been classified as securities under US law in a regulatory compliant manner.

While the reasoning behind the tZERO platform is sound, a number of events since the December 2017 announcement of the have caused significant controversy in the crypto community.

CEO Patrick Byrne was quoted shortly after platform launch stating that over 2,000 accredited investors had committed “over $100 million” to the project.

Information made available in late February 2018, however, demonstrates that only $49 million out of the $300 million offering had been sold.

Overstock was also subjected to SEC scrutiny regarding the offering in the SEC’s month-long ICO probe earlier this year. The ongoing extension of the tZERO ICO — which was initially set to end on March 30, 2018, has been extended to a deadline May 14th, with funding goals changing from $250 million to $300 million.

While the tZERO ICO deadline extension may be alerting some investors due to a perceived lack of interest from the market at large, the tZERO team has been steadily working toward the release of a prototype of the tZERO trading software.

The release of the prototype, however, doesn’t mean the tZERO platform itself is ready to launch. tZERO president Joe Cammarata has commented on the development team’s roadmap projections over the coming year:

“Technologically speaking, we anticipate the security token trading software will be ready to trade security tokens in May, subject to developing further regulatory clarity. We have been working hard on getting this prototype right and look forward to user feedback.”

The prototype announcement is paired with a demo video that provides investors with a demonstration of how security tokens will be traded on the soon-to-be-released platform.

The viability of the tZERO platform, however, hinges entirely upon potential regulatory changes that would see ICOs subjected to a framework that requires specific tokens to be reclassified as “security tokens.” Whether or not this eventuality will occur remains to be seen, but the tZERO team will be prepared if it does.