XRP gets a bad rap for being centralized, but just how true is that claim? 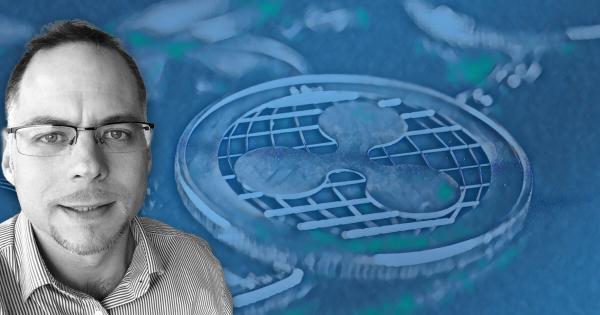 Director of Developer Relations at Ripple, Matt Hamilton, set the record straight on XRP and the XRP Ledger.

Before the SEC vs. Ripple lawsuit, the narrative surrounding XRP centered around it not being a “real” cryptocurrency. This is due to several characteristics; chief among them were criticisms over the network’s “closed” centralized nodes.

This resulted in persistent hostility between XRP holders and the rest of the crypto community. Fast forward to now, and while the SEC lawsuit continues to dominate the conversation, the above still lurks in the back of people’s minds.

But is there any truth to the matter?

Can XRP transactions be restricted?

In an interview with the Crypto Jebb YouTube channel, Hamilton gives his account of the significant talking points to dispel Ripple myths.

But for him, decentralized means the ability for anyone to use the network without restriction. So, for example, Hamilton said no party could stop XRP users from transacting on the network if they wish.

“The key criteria one is you don’t want somebody to block you, or censor you, or restrict you from using the network, right? I want to be able to make a payment without, you know, regardless. In that regard the XRP Ledger is decentralized.”

He added that no one can seize XRP tokens, and transactions cannot be censored, which, in his mind, is a crucial measure of decentralization.

Another bone of contention relates to the centralization of nodes on the XRP Ledger. A node connects to the network to validate and relay transactions while also retaining a copy of the ledger.

Full nodes ensure a particular set of rules are being followed. The danger here relates to a dominant entity, with majority node control, manipulating the network.

The XRP ledger currently has 156 validator nodes, of which 19 are identifiable as Ripple nodes, meaning Ripple controls 12% of the nodes.

Hamilton confirms this by saying, Ripple nodes make up only a small percentage of the network. What’s more, he adds that 80% consensus is needed to validate transactions. Therefore Ripple cannot manipulate the network.

“The network itself is decentralized. Ripple only controls a few percent of the nodes on the network. And the consensus algorithm means you need 80% consensus on the transactions. So there’s no unilateral party that controls it.”

To round off the debate, Hamilton said although Ripple does hold most of the XRP, as a”trust-based” consensus algorithm, instead of a proof-of-stake model, the amount of XRP held has no bearing on the amount of control exerted.