Ripple Partners with Payment Provider Fleetcor to Foster XRP Use 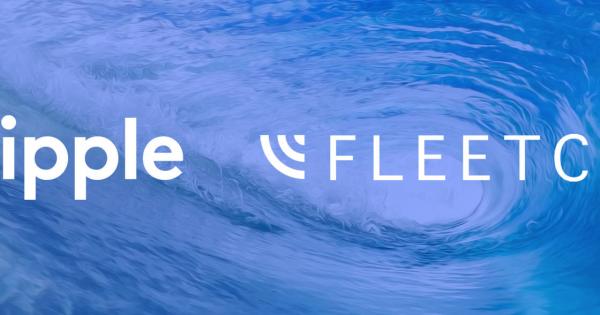 In another move that aims to facilitate the widespread adoption of cryptocurrencies, Fleetcor Technologies is partnering up with Ripple to foster the creation of an international payment system that will enable Ripple use for commercial purposes.

Fleetcor announced on March 1 that they have entered a pilot program which uses Ripple’s xRapid platform to bring together their international payments subsidiary Cambridge Global Payments and enterprise blockchain solution firm Ripple to process over $20 billion worth of B2B transactions.

Ripple’s xRapid software has been designed to allow financial institutions to interact with each other and relay vital information regarding payments in real time, therefore allowing for hassle-free settlements instantly.

This news comes after it was recently revealed that telecom giant IDT as well as financial services provider Mercury were also trying out xRapid for global transaction purposes. In fact, Cuallix, one of Mexico’s largest payment companies, has been making use of XRP since 2017, thereby dispelling the notion that crypto cannot be used for streamlining international payments.

XRP is widely known for being a controversial cryptocurrency which many Bitcoin purists claim “goes against everything” that Satoshi Nakamoto’s original vision stood for.

This is due to the fact that Ripple favors the blockchain centralization model which lays in direct conflict with the decentralized nature of nearly all of the other cryptos that exist in the market today.

While technological offerings from Ripple such as xCurrent and xRapid are quite advanced and unique, it will take some time before these platforms can be utilized for real-world applications. Also, it should be clearly understood that banks working with Ripple don’t actually use the XRP currency, but rather use these aforementioned services to streamline their workload.

In a recent interview with Brad Garlinghouse, CEO of Ripple, he discussed his company’s vision and how he was looking to integrate XRP within the global financial market so as to restructure the current balance of power. He stated that:

“For Ripple to grow, it needs large banks to buy its payment software and use its XRP cryptocurrency, a major challenge considering it must convince financial institutions to change how they’ve been doing business for years. The biggest obstacle in convincing banks to use Ripple’s services is that many banks have other IT-related projects that are a greater priority for them than Ripple”.

In recent months, xCurrent has become extremely popular and companies like Lian Lian and IndusInd have adopted this service to facilitate cross-border transactions including remittances.

Ripple has made great strides to rival the current SWIFT payment system that is used by banks all across the globe. In its effort, the Fintech startup has teamed up with established financial setups like Standard Chartered, Royal Bank of Canada, and Amex, as well as players like Santander UK.

While these partnerships do indicate a positive trend within the global scheme of things, it should also be noted that the renewed rumors of Ripple being added to Coinbase are a factor in its recent price rise.