Ripple co-founder is selling $400,000 worth of XRP every day

The case against XRP seeing any type of near-term bullishness has grown significantly in recent times due to a confluence of dwindling technical strength and rapidly growing fundamental weakness. 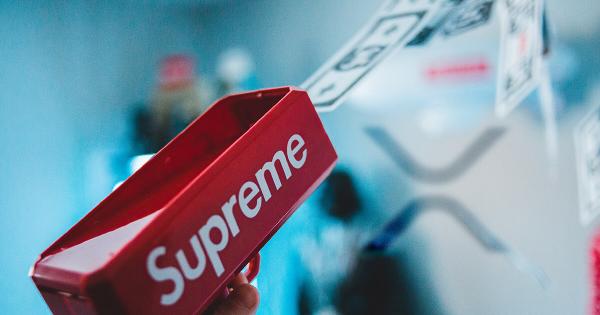 The case against XRP seeing any type of near-term bullishness has grown significantly in recent times due to a confluence of dwindling technical strength and rapidly growing fundamental weakness.

The past week has further elucidated just how weak the cryptocurrency is in its current state, as analysts are noting that its latest weekly close has opened the gates for it to see some further downside.

Data regarding Ripple co-founder Jed McCaleb’s token selling habits in recent times adds further pressure on the cryptocurrency and may also suggest that it will continue facing significant weakness in the months and even years ahead.

Many investors pinned XRP’s incredibly poor performance throughout 2019 on Ripple’s quarterly token sales due to the significant amount of selling pressure they placed on the token.

Although these sales have since been halted by the company, new data shows that Ripple’s estranged founder, Jed McCaleb, has been offloading roughly $400,000 worth of XRP each day.

The stream of selling pressure provided by these tokens – received as part of a settlement with Ripple — may be contributing to its current technical weakness.

McCaleb’s immense selling was first reported by TheCryptoAssociate, who tracked outgoing transactions from his wallet address and discovered that he sold 1.8 million XRP per day in April.

“We noticed that all outgoing transactions had the same destination wallet. Specifically, a Bitstamp exchange address. When analyzing the exchange wallet we saw that the XRP was being traded to USD. The wallet currently holds over $8 million in USD.”

At the time of writing, XRP is trading down marginally at its current price of $0.218, down from highs of nearly $0.24 that were set earlier in the week.

One popular pseudonymous analyst who trades under the name “Livercoin” spoke about the embattled token’s weekly close, explaining that both it and EOS appear to have “died” from a technical perspective.

“XRP and EOS just died once again with this weekly close…”

While looking at the two strikingly similar charts seen above, it does appear that the cryptocurrencies both closed beneath a key support level against their Bitcoin trading pairs.

This dire weekly closed coupled with the intense selling pressure placed on XRP daily by Jed McCaleb seems to signal that it may see further weakness in the days, weeks, and even months ahead.