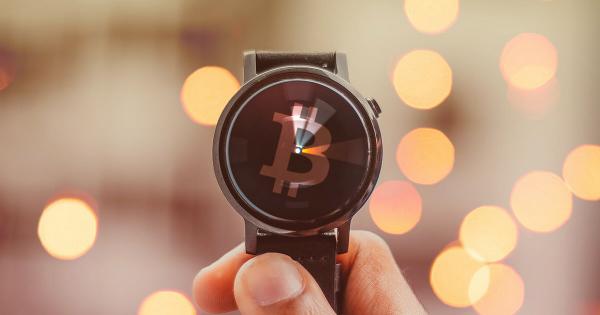 Despite the recent rejection at $10,000, Bitcoin remains up more than 150 percent higher than March’s capitulation lows of $3,700. It’s an impressive rally that allowed BTC to outperform any other multi-billion-dollar asset class over the same time frame.

Even still, a cryptocurrency research firm remarked on May 15 that Bitcoin’s on-chain metrics are reaching levels that have historically coincided with “fast growth” — as if 150 percent in eight weeks wasn’t already fast enough, that is.

Bitcoin is knocking on the door of going “bull mode”: research

Bitcoin’s price may have stalled but according to data shared to cryptoanalysis firm Arcane Research, the Network Value to Transactions ratio (NVT) — which measures BTC in relation to the economic throughput of the blockchain — is “moving up to a level where we could see fast growth in this market.”

“Based on the last three years, an NVT ratio surpassing 10 could indicate a period of strong and fast price growth. This was seen both on 2017, 2019 and 2020,” Arcane Research explained further.

Glassnode, a leading firm in the blockchain analytics firm has corroborated this outlook.

The company wrote that by charting Bitcoin’s on-chain metrics and quarterly returns (in percent), you can determine which way BTC is trending on a macro scale. The chart indicated that as of May 3, BTC “has been moving strongly towards the bullish quadrant,” suggesting a bull market is imminent.

The chance at near-term correction remains

Despite the positive long-term outlook that the on-chain overview paints, there remains a strong chance there will be a crypto market correction in the near term.

Four out of six proprietary metrics of blockchain intelligence firm IntoTheBlock show that BTC is currently “mostly bearish,” with the number of large transactions slowing down, traders slowly becoming unprofitable, and the short-term growth of Bitcoin slowing.

The only redeeming factor Bitcoin currently has, IntoTheBlock indicated, is a slight “bid-ask volume imbalance” to the side of bids, suggesting there is latent demand for BTC in spite of the recent price action.

The expectation of a short-term correction has been echoed by trader “Dave the Wave” — an analyst who called months in advance that Bitcoin would fall to $6,400, despite the cryptocurrency trading well in excess of $10,000 when he made that call.

Dave recently noted that the cryptocurrency’s price structure is currently looking just as it did prior to March’s capitulation, which would indicate that if BTC follows the path of the previous crash, it will trade at $6,400 by the start of June.

Analyst: here’s how far Bitcoin’s dominance needs to drop before altcoins can rally

Bitcoin’s recent uptrend has come about largely at the expense of smaller digital assets, as many altcoins have posted a severe underperformance of BTC as investors grow increasingly keen on finding assets that can perform well given the current global economic situation.

Bitcoin has outperformed the S&P 500 by 30% since March; will this trend continue?

The entire world witnessed a once-per-decade bout of capitulation in mid-March that sent virtually all global markets into a tailspin, with the effects of this being particularly impactful to Bitcoin.

Bitcoin saw some explosive momentum overnight that allowed it to briefly tap highs of $10,000 before settling back into the mid-$9,000 region.