Polkadot, the interoperability and Web3 interface blockchain platform, is bringing a new type of token issuance via an “Initial Parachain Offering” (IPO), it said in a release shared with CryptoSlate. 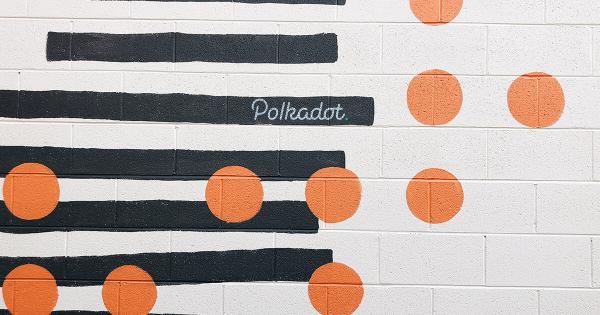 Photo by Katie McNabb on Unsplash

Polkadot, the interoperability and Web3 interface blockchain platform, is bringing a new type of token issuance via an “Initial Parachain Offering” (IPO), it said in a release shared with CryptoSlate.

An open-source project founded by the Web3 Foundation, Polkadot is built and maintained by five teams commissioned by the foundation. Its DOT token serves three functions — governance, staking abilities, and bonding to “parachains” — and helps power use cases for the blockchain project.

Parachains are similar to Ethereum’s shards. They spread transactions across multiple nodes and allow for a faster and more-scalable network.

However, the slots for such Parachains are limited, with Polkadot intending to auction them off in unpermissioned candle auctions. In the mid-term (over the next few years), only about 100 parachains slots are available for teams and developers, which creates a huge gap between market demand and supply. This is where the Initial Parachain Offering comes in.

Parachains are specialized shards on Polkadot. Find out more about them and the process of obtaining a parachain slot: https://t.co/ZE2JGW1DPR

“Most projects that want to launch a parachain are startups that may not be able to afford the bond required for a parachain lease. Thus, it’s natural that DOT holders would want to loan their DOT to projects who require DOT for a bond in exchange for some consideration,” explained Polkadot.

The so-termed IPO is made possible through the Substrate crowdfunding module and allows teams to accept DOT loans from any DOT holder. Funds secured through this module would go into an account on the Polkadot Relay Chain.

“This means, unlike with the ERC20 tokens that fueled the ICO boom, you won’t be sending ETH to an unknown team who can take your money and end up delivering nothing, leaving you with a worthless token and them with your ETH.”

With a Polkadot IPO, users get their DOT back at the end of the parachain lease, also keeping the native parachain token they received in return for the loan. This represents a safer, fairer way for teams to raise funds and distribute tokens before they launch their chain on Polkadot, the release said.

Such a token raise helps dispel some of the fraud and risks surrounding an ICO-style raise, where bad actors far outweigh the good and end up branding the whole crypto industry as a giant scam in traditional circles.

But IPOs could change that.