How comparing TradFi with DeFi reveals the future of finance

When it comes to retail investing, last year was a milestone like we have not seen in recent memory. 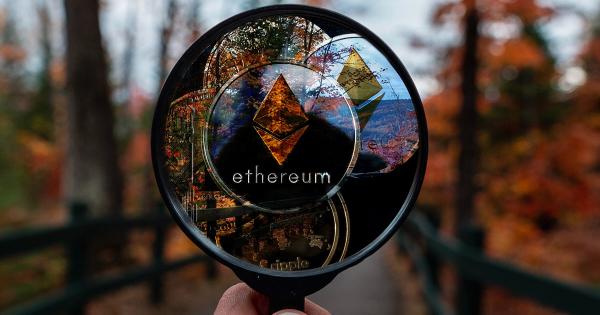 Photo by Steven Wright on Unsplash

A unique combination of lockdowns, March’s stock market crash and Robinhood’s commission-free trading innovation created a massive surge of a new class of investors. At an average age of 31, millions of novice traders replaced sports betting, movie-watching and other hobbies with obsessive staring at stock charts on their newly discounted brokerages’ apps.

Robinhood alone went up from 10 million users in 2019 to over 13 million in 2020, having increased its YoY revenue by 514%, at $682 million thanks to its payment-for-order-flow (PFOF) business model. Social media became a multiplying force for this army of retail investors, so much so that Wall Street became weary of the so-called “Portnoy Top” effect as it introduced a new level of volatility on stocks’ price moves.

At the end of the year, staying at home while socially networking reached a crescendo with millions of people trying to short squeeze GameStop, AMC and other stocks under short-selling assault by Wall Street hedge funds. This saga, more than anything, revealed the seedy underpinning of stock trading, leading to multiple congressional hearings. During this same period, from June 2020 to today, decentralized finance (DeFi) achieved spectacular growth, accruing over 2.6 million investors.

By contrasting how these two spaces operate – blockchain-powered DeFi vs. a centralized stock market – we can better grasp the contours of what the future of finance will look like.

The simplest way to understand decentralized exchanges is that they are smart contracts that allow you to keep full custody of your crypto assets. Moreover, when transactions/exchanges are finalized, they are done directly from one trader’s crypto wallet to another, nullifying the need for third parties. Before we get to their drawbacks, here are some of their advantages.

While the stock/securities exchanges remain open between 9:30 a.m. to 4 p.m. EST (and closed on both weekends and holidays), there is no such “market hours” limitation on the blockchain. Furthermore, even when inside market hours, both Robinhood and Coinbase, as a centralized crypto exchange, are notorious for outages just when their services are needed the most.

With DEXes, there is plenty of time to react to news that might upset the price of an asset. Unfortunately, in the crypto space, such news could range from Elon Musk’s tweets to a government’ crackdown or regulation of the crypto asset. In either case, the concept of market hours for trading is a legacy left from the non-digital era, clearly heading into the bin of history.

Settlement times were referenced multiple times during GameStop’s congressional hearings. This is the time period from the moment a trader puts out an order to the time it is finalized. Because stocks and securities have to be cleared by the Depository Trust & Clearing Corporation (DTCC), the settlement time in traditional finance is extraordinarily long – T2 or two days.

This is done so that brokerages can have enough time to back up the trades of their clients. During the GameStop trading frenzy, Robinhood failed to collateralize their orders, which is one of the reasons it delisted the short-squeeze stocks. In other words, there was a liquidity crisis.

With DEXes, settlements are settled instantly, or as fast as blockchain congestion allows it, usually within seconds or minutes. Moreover, the blockchain itself serves as a verification tool as all transactions have to be synced across all nodes on the network. To accomplish such efficiency, the stock market would have to employ multiple layers.

Again, with the GameStop scandal, we have seen that these centralized layers failed spectacularly, yielding $359 million in FTD (failure-to-deliver) worth of stocks.

While it is great that most brokers now offer zero or low-fee trading, this comes at a cost. Robinhood made a killing from GameStop’s short squeeze, adding $3.4 billion to its balance sheet.

In other words, instead of charging fees, Robinhood sells its orders to market makers, which then gain an insight into trading patterns unavailable to retail investors. This payment-for-order-flow (PFOF) is so controversial that it is illegal in both Canada and the UK.

By facilitating peer-2-peer transactions, DEXes eliminate such market manipulation without the need for any regulatory insight. They also prevent wash trading or round trip trading – buying and selling the same assets at the same time to manipulate the market volume.

Order books are another aspect of traditional finance completely obscured from retail investors, only available to market makers. On crypto exchanges, even centralized ones, order books are transparent, allowing traders to view the market sentiment at a glance. This is often illustrated via the depth of buy and sell walls.

Moreover, DEXes have on-chain order books (Stellar or Bitshares) as the ultimate level of transparency. While this approach requires fees to add orders to the blockchain and bolsters trust, it does introduce a potential issue. When a miner receives the order to add to the blockchain, they could technically add their own order first.

While their fees are not zero, like the top discount stockbrokers, traders are not jeopardizing their trades by selling your orders to a potentially corrupt market maker. After all, DEXes have automated market makers (AMMs). Furthermore, there is no way to obfuscate how much a trader will pay when the rules are encoded into a blockchain.

Some Drawbacks of Decentralized Exchanges

If you account for some of the most popular stock brokerages across the landscape – the likes of which include Robinhood, E-Trade and Fidelity – they completely overshadow the entire DeFi space in terms of user count. E-Trade alone has over 5.2 million users, which is almost double the total (estimated) users in the DeFi space at just over 2.8 million.

Outside of greater familiarity with the world of stocks and securities, DeFi has to struggle with greater complexity that winnows down those who would even attempt to enter this space. Not only does one have to consider the variety of blockchains on offer, but different DEXes built on top of them, crypto wallets, private keys, and seed phrases.

Then, there is the learning of DeFi jargon to boot. However, apps like MetaMask have made considerable strides in simplifying and unifying the experience. The UX found in DeFi still pales in comparison to much of the FinTech world. From trading stocks or options on apps like Robinhood to seamlessly accepting payments as a small business via software such as FreshBooks, the FinTech space has clearly emphasized UX.

Another obstacle is the absence of fiat currencies on DEXes for direct conversions. While this can easily be solved by buying stablecoins – tokenized fiat currency – it’s still an extra step that needs to take place. Lastly, because AMMs on DEXes rely on liquidity providers, the total liquidity relies on the trading volume. Over time, this can be overcome by increased popularity, as the DeFi user count trajectory suggests.

In conclusion, the jump between the already digitized stock trading space and blockchain is a short one. The bigger problem is regulation, i.e., overcoming legacy systems and interests. Taking this into account, competition between banks will likely spur greater DeFi adoption. Smaller banks will start this process, as we have seen recently with the Swiss Sygnum Bank announcing the integration of the most popular DeFi protocols – Uniswap, Aave, Maker, Curve, 1inch, and Synthetix.