Ethereum might be subject to taxation if a hard fork occurs after the merge; Coinbase to finance the lawsuit against the U.S. Treasury Department over Tornado Cash sanctions and much more in this edition of CryptoSlate Wrapped Daily. 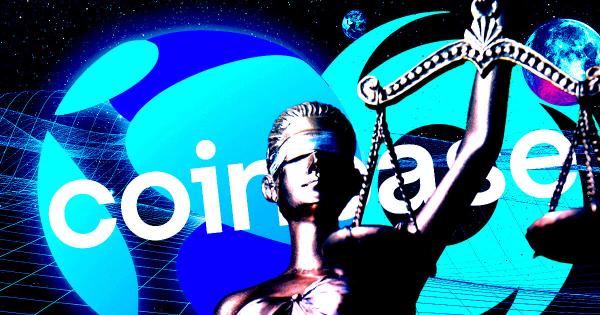 The biggest news in the cryptosphere for Sept. 8 includes Coinbase financing the lawsuit against the U.S. Treasury Department over Tornado Cash, Terra Classic’s community-led revival and an attack on the New Free DAO protocol.

After the Eurozone inflation hit 9.1%, economists have been expecting a 50 basis point hike but several Wall Street Banks predicted the ECB to hit hard with a 75 basis point increase.

The community’s plans for Terra Classic’s (LUNC) revival have started showing an effect as it becomes the 26th biggest project by market cap.

LUNC’s current market cap is at $3.3 billion, which means it’s nearly 12 times higher than Do Kwon-led Terra (Luna), which is at $258 million.

Crypto exchange Coinbase is financing the lawsuit against the U.S. Treasury Department over the Tornado Cash sanctions.

Six Tornado Cash users argued that the sanctions were a “violation of rights that the U.S. Constitution guarantees.”

Coinabase’s CEO Brian Armstrong criticized the ban and said it restricted regular users’ right to access the protocol and added that the “Treasury used a hammer instead of a scalpel.”

A Chainaysis report indicates that Ethereum staking could provide up to 15% annual yield after the merge. This is a massive return on investment compared to U.S. treasury bonds which offer around 3.5%.

The numbers indicate that wallets staked over $1 million ETH have increased 5x in the past year.

As ETH energy requirement is expected to fall 99% after the merge, the report said institutional investors who hold over $1  million ETH would be even more likely to stake.

An attacker managed to borrow 4481 WBNB from the New Free DAO protocol and swapped it for the protocol’s native token, NFD.

The amount equated to $1.25 million, which caused the NFD to crash by 99% after the attacker sold all.

Chainalysis revealed that attackers use DeFi services to chain top or switch between several coins in one transaction. This information helped the U.S. government to seize $30 million outTrustee’smillion stolen during the attack on Axie infinity.

2/ With the help of law enforcement & leading orgs in the #crypto industry, more than $30M worth of #crypto stolen by North Korean-linked hackers has been seized.

In this thread, we discuss how the Chainalysis Crypto Incident Response team played a role. https://t.co/lpbFUlXNJt

Ethereum lead developer saved Avalanche from over $24B ecosystem crash

Ethereum developer Péter Szilágyi said he identified a bug in Avalanche‘s PeerList package back on March 29. He said on Sept. 8 that he reached out to Ava Labs at the time to warn them about a possible exploit that could have cost Avalanche over $24 billion.

U.S. Securities and Exchange Commission (SEC) Chair Gary Gensler said he wanted to give the Commodity Futures Trading Commission (CFTC) greater authority without “sacrificing the SEC’s power over the market.”

Gensler said it was essential to achieve balance in regulatory oversight. However, he added that the SEC has to ensure that CFTC’s high authority doesn’t “inadvertently undermine securities laws” in the U.S.

Investor Mike Alfred takes shots at HEX as it slides below $0.04

The HEX project was launched in 2019 and defines itself as the first blockchain certificate of deposit token. However, the community is discussing if the HEX project is a scam or not.

Following the fall, Alfred stressed that HEX was a “brilliant scam, which expertly uses FOMO marketing tactics, builds a cult-like group around itself, and uses deceptive numbers and comparisons to make itself seem legitimate.”

Koinly’s head of tax, Tony Dhanjal, spoke with CryptoSlate and said that the merge is unlikely to create a taxable result unless a hard fork occurs.

In the case of a hard fork, users could be taxed depending on where they live.

Liz Truss, who appeared crypto-friendly during the campaign, became the U.K.’s new Prime Minister (PM) with a 57.4% majority vote on Sept.5.

However, the current situation indicates she might have taken on a lot to handle the cost-of-living crisis, double-digit inflation, and possible recession in 2023.

According to Coincub’s annual tax ranking, Germany offers the best tax rates in the world. The country doesn’t require its citizens to pay capital gains tax on assets held over a year so that it can retain its domestic population.

Germany also has significantly high crypto adoption rates, which are also prone to increase due to Dubai’s friendly tax rates.

The Biden-Harris administration published a report called “Climate and Energy Implications of Crypto-Assets in the United States,” where they explained the environmental and power-consumption issues of cryptoassets.

The report called for proper mining standards that can serve to minimize environmental damage and contributes to sustainability on a national scale.

Coinberry loses 120 Bitcoins due to a glitch

Toronto-based crypto exchange Coinberry lost 120 Bitcoins due to a technical glitch, As reported by Financial Post.

The exchange filed a lawsuit, asking all 50 users to return their ill-received Bitcoins. Coinberry also included the crypto exchange giant Binance’s name in the lawsuit to ask for assistance after detecting that some users immediately transferred their new Bitcoins to their Binance accounts.

END_OF_DOCUMENT_TOKEN_TO_BE_REPLACED

Péter Szilágyi is a Software Developer at Ethereum, a decentralized, open-source blockchain with smart contract functionality. He developed the Iris, a decentralized approach to backend messaging middlewares..