The plaintiffs argued that the authorities overstepped their authority and also violated their rights. 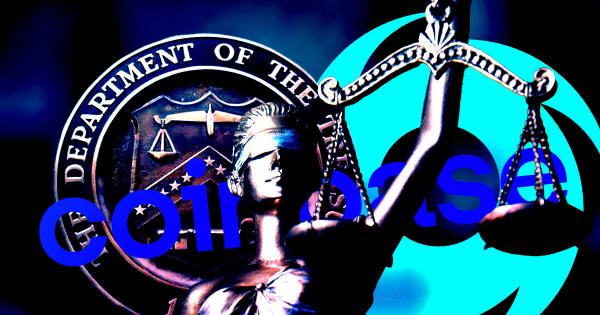 Coinbase is financing a lawsuit filed against the US Treasury Department by six users of sanctioned crypto protocol Tornado Cash, CNBC reported on Sept. 8.

The lawsuit argued that the sanctions were a violation of the plaintiffs’ rights as guaranteed by the US constitution, adding that the authorities overstepped their authority in sanctioning a “decentralized, open-source software project” that “law-abiding Americans (use) to engage freely and privately in financial transactions.”

The plaintiffs revealed they have some Ethereum (ETH) locked in Tornado Cash, which they can no longer access due to the US sanctions. They said they used the crypto mixer for legitimate purposes like donating to Ukraine and protecting their public identities.

The lawsuit wants the court to vacate the sanctions imposed on Tornado Cash.

Coinbase’s reason for sponsoring the lawsuit

Coinabase’s CEO Brian Armstrong, in a Sept. 8 blog post, said the US sanctions would stifle innovations. Additionally, Armstrong noted that the “Treasury used a hammer instead of a scalpel” in restricting legitimate users’ access to the protocol.

The Tornado Cash sanction had drawn wide condemnation from the crypto community, who argued that the sanctions were inappropriate. However, US authorities vowed to pursue crypto mixers that criminals use to launder money aggressively.

Coin Center, a non-profit organization, said it was preparing to challenge the sanctions in court.

Meanwhile, since the sanction, Tornado Cash’ TORN token has shed 53% of its value in the last 30 days. However, its value increased by over 30% within the last hour after news of this lawsuit broke.