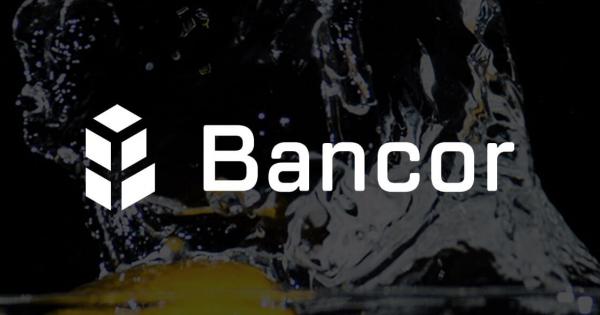 Decentralized liquidity network Bancor Protocol has launched its long-awaited staking liquidity facility. The provision enables users to safely store their assets in liquidity pools, known as Bancor Relays, enabling third parties to perform token conversions with minimal slippage. In doing so, token-holders will be entitled to a share of the fees for each conversion they process.

Announcing the news, Bancor spoke of creating a system that unlocks the sort of user incentives “which have historically been reserved for institutions and exchanges.” Staking liquidity essentially gives token-holders a passive income, while bolstering the overall health of the decentralized network. Generating sufficient liquidity has been one of the greatest challenges faced by architects of decentralized protocols, with products such as Uniswap and Komodo taking different routes to achieve this outcome.

In the beginning, there was Bancor

Long before decentralized finance became a thing, the #DeFi movement was being spearheaded by Bancor, following the debut of its eponymous protocol in 2017. The on-chain liquidity pool model pioneered by Bancor has since been adopted and emulated by a score of subsequent projects, with varying degrees of success. Through introducing staking liquidity for users, the Bancor team hopes to generate broader community participation and to increase its share of the burgeoning DeFi market. $5.4 million of value is locked in the Bancor Protocol at present according to Defipulse.

For users interested in contributing liquidity to the Bancor network, a detailed guide has been provided, with an explanation of how to join existing Relays. Users also have the option of creating their own Relay, which calls for depositing a recommended $20,000 of value, including an equal value of the native BNT with the token for which they’re providing liquidity.

Liquidity for big and little projects

One of the most compelling propositions of Bancor Protocol is that it enables small projects to obtain liquidity from day one, incentivizing users to own project tokens in the knowledge that they can exit into more liquid cryptocurrencies as and when required. To date, over 150 projects have integrated with Bancor, enabling the non-custodial token exchange to be completed directly through the Bancor Protocol as well as through third-party wallets such as Trezor, MetaMask, and Ledger.

The broad array of developers whose products have integrated Bancor’s technology gives the DeFi protocol a headstart over solutions such as Uniswap, which have narrower ecosystem support.

Minimizing slippage, which has been one of Bancor’s chief goals from day one, has remained a pressing challenge within the DeFi movement. On August 13, ERC20 token trading exchange Ethfinex, where BNT is listed, announced it was rebranding as DeversiFi, with low slippage one of its primary promises, together with high liquidity and high speeds.

Fees for Bancor Relays currently stand at around 0.1-0.3 percent, which liquidity providers can earn on each trade. Despite the modest fee structure, the cumulative effects of earning fees every time someone utilizes a Relay can swiftly stack up. The next phase of Bancor’s evolution will see the introduction of advanced tools that allow liquidity providers to monitor the price movement of Relay assets, and to optimize their earnings accordingly.

There are also plans to introduce community staking to EOS-based relays, as Bancor seeks to further distribute its liquidity protocol and to bring the benefits of decentralized token exchanging to a broad array of participants. With $470 million now locked in decentralized protocols, the DeFi movement continues to go from strength to strength.