Thanks to the kind-hearted miner who returned (most) of the funds, Bitfinex manages to come out relatively unscathed. 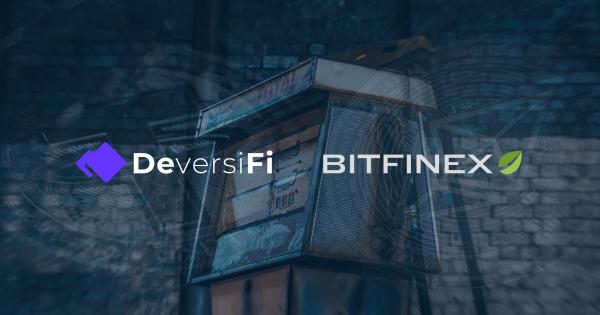 The miner who received over seven thousand Ethereum as an incorrectly paid transaction fee has returned (most of) the funds.

In a tweet, decentralized crypto exchange wallet app DeversiFi thanked the miner at the heart of the storm for returning the money following Bitfinex’s embarrassing blunder.

While some say the miner is a fool for doing so, @deversifi said the miner’s actions go a long way to demonstrating that crypto can be virtuous.

“The blockchain is immutable.

But the revolution we are part of is defined by our values as humans.

Thank you to the miner of block 13307440 who we can confirm is returning 7626 ETH that were incorrectly paid today as a tx fee. A post mortem will follow tomorrow.“

The blockchain is immutable.

But the revolution we are part of is defined by our values as humans.⁰⁰

Thank you to the miner of block 13307440 who we can confirm is returning 7626 ETH that were incorrectly paid today as a tx fee.

While this isn’t the first time gas fees have been incorrectly overpaid, questions are being asked about how this happened, especially as the London hard fork was supposed to simplify the process.

But as demonstrated by this error, “fixing” Ethereum gas fees, more so at the protocol level, is far from done.

It emerged yesterday that Bitfinex paid over $20 million in gas fees to make a $100,000 Tether exchange.

Gas fees are necessary to incentivize miners to write transactions into blocks.

Recent times have seen a huge backlash against miners for the escalating cost of transacting on Ethereum. But miners maintain that it’s the protocol architecture and poor network scalability that’s to blame.

The Ethereum chain has limited capacity to write blocks. In times of high network activity, competition to be next in line intensifies, pushing up gas fees in the process.

Wasn’t the London hard fork supposed to bypass this problem?

In the past, the auction-style mechanism encouraged spiraling gas fees. But the London hard fork that took place on August 5 brought in a base fee mechanism that moves in line with network traffic.

At this stage, it’s not known how an error of this magnitude could have happened. A statement from Bitfinex said the matter is being investigated.

“We look forward to DeversiFi’s investigation and to their having this matter sorted on their side.”

Bitfinex and DiversiFi have a close working relationship as former Bitfinex execs set up DiversiFi. The two entities also have an agreement in place for cheap USDT transfers.

In an attempt to calm DiversiFi users, the firm said customer’s funds were never at risk. And the matter is one for internal resolution.

If it wasn’t for the moral standing of the miner involved, this situation could have been a lot worse.

Etherscan shows the miner returned 7,385 Ethereum, making a 292 ($856,000) shortfall on the amount received. There is no data on whether the difference is due to a proportion of the funds being burnt after receipt.