Prior to the pandemic, it was a common narrative in crypto space that Bitcoin was immune to any macroeconomic and geopolitical issues. 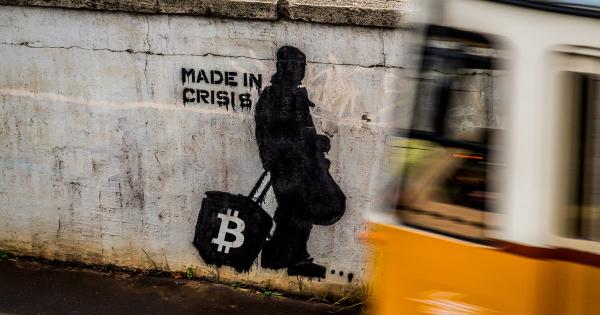 Photo by Robert Metz on Unsplash

Prior to the pandemic, it was a common narrative in crypto space that Bitcoin was immune to any macroeconomic and geopolitical issues. In fact, many argued that chaos, at least in some forms, is what drives BTC higher.

Yet, if the cryptocurrency market’s brutal crash in March says anything, it’s that this sentiment may not hold its water.

Pseudonymous Bitcoin whale “Joe007,” who has publicly made dozens of millions of dollars according to Bitfinex, doubled down on this in a recent statement.

You may not know it but the stocks you trade and the Bitcoin you buy are only a fraction of the global financial markets.

So what drives financial markets? Derivatives, a lot of derivatives.

Derivatives are financial contracts that “derive [their] value from the performance of an underlying entity.” This means that while there may only be $1 trillion worth of, say, Apple stock, there can be billions or trillions more of derivatives betting on the direction of the stock.

It’s hard to say exactly how big this market is, yet some argue it is literally in the quadrillions. Even low-end estimates put the size of this market at an order of magnitude larger than the spot S&P 500.

Some fear that a collapse in the derivatives complex may take place.

Precious metal giant Goldmoney released a report in April that indicated there are scary signals in the gold derivatives market that is representative of a “wider derivative catastrophe.”

Context aside, the takeaway is that there isn’t enough physical gold to back derivatives contracts. With gold being one of the world’s most important assets, with it still acting as a macro asset despite the abolishment of the gold standard, Goldmoney wrote that “bankers are staring into an abyss.”

According to Joe007, the aforementioned Bitcoin whale, the small crypto “puddle” is almost certainly going to be affected by the crisis:

“If derivative crisis starts to fully play out, don’t even think crypto will be somehow immune from it.”

He added that to mitigate the risks of the liquidity crunch that will happen in a derivative crisis, he is inclined to hold physical gold bars and Tether’s USDT.

Along with expecting a derivative crisis, the Bitcoin trader is also a proponent of the sentiment that the global economy is in the midst of the biggest “economic shock of our generation.”

“It will unfold in waves and over time, giving false hopes and then crushing them. The focus of the crisis will be shifting through different areas. Attempts to alleviate and solve one crisis will lead to more mess,” he wrote around the start of the ongoing recession and pandemic.

Joe007 shared a UC Davis paper around the same time indicating that due to the pandemic, the “economic reality we all lived in prior to 2020 likely ended.”  Get ready for a “tough 20 years going forward,” he added, referencing the model’s conclusion that pandemics are followed with “depressed investment opportunities.”

Both Bitcoin and the equities market have mounted a strong comeback from their lows, but there are still storm clouds brewing on the horizon for the economy and for society more broadly.