Both Sides of the Tether Debate: is the Crypto Market Vulnerable to Implosion? Joseph Young · 4 years ago · 3 min read
News › Tether › Analysis 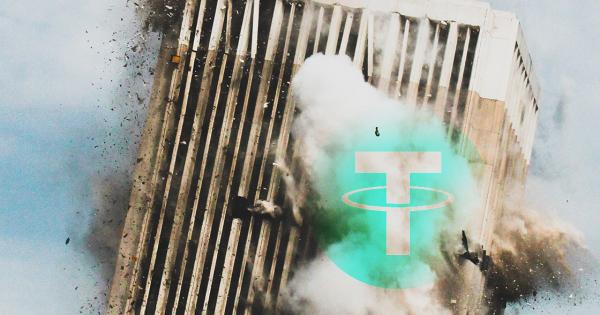 Photo by Micah Williams on Unsplash

A large portion of the cryptocurrency sector has expressed a negative stance on the stablecoin, citing the lack of regular audits that were promised in the whitepaper of Tether. Some, including billionaire investor Mike Novogratz, stated that Tether is backed by the US dollar and it is difficult for crypto projects to secure complete audits from major accounting firms.

Last year, a partial audit of USDT disclosed that Tether LLC, the company that oversees the development and operation of USDT, had held more than $2 billion in its USD bank account, verifying the holdings of the company.

But, critics of Tether claimed the audit had no merit, as it did not include the evaluation of Tether’s liabilities. If Tether LLC had liabilities worth billions of dollars, critics stated that the $2 billion holding of the firm could be irrelevant.

The vast majority of investors remain certain that USDT is fully backed by US dollars, and it most likely is backed by the USD. The issue is that for more than four years, investors have had to assume Tether LLC-backed USDT with the USD and have not been given clarity on the backing.

Simply put, while the probability of Tether being fully backed by the USD is high, it is not possible to prove it until audits are released.

The opaqueness in the operation of Tether LLC and the lack of clarity on the USD bank used by Tether to store its holdings of US dollars have led investors to speculate the solvency of the stablecoin.

On Oct. 18, when asked about the possibility to redeem USDT based on its 1:1 backing with the USD, trusted and regulated cryptocurrency exchange Kraken CEO Jesse Powell stated that he is unsure whether Tether LLC can process USDT redemptions when the spread between exchanges is high.

I don't know but that seems unlikely given the current spread.

With stablecoins that are backed by fiat currencies, investors should be able to redeem fiat currencies with stablecoins from the issuing companies. However, with Tether, due to the lack of transparency of its banking partner, it remains uncertain whether investors can simply request Tether LLC to process USD conversions in an immediate time frame.

Uncertainty Has to be Eliminated

Tether could be solvent, and it most likely is backed by the US dollars as suggested by billionaire investor Mike Novogratz. But, uncertainty around USDT has to be eliminated and at this phase, similar to what Gemini Dollar, PAX, and TrueUSD have done, the only way for USDT to prove its solvency is by initiating regular audits.

“I think Tether didn’t do a great job in terms of creating transparency.”

Without audits conducted by recognized accounting firms, throughout the years to come, speculation around the legitimacy of Tether is expected to continue.

ShapeShift CEO Erik Voorhees stated that for crypto companies, it is challenging to get major accounting firms to audit balance sheets because what serves as proof in the crypto market such as timestamps, cryptographic evidence, and data stored on the blockchain are often not considered as irrelevant information to auditors.

“Getting audited as a crypto company is extremely hard… sometimes impossible. The things which ‘constitute proof’ in crypto are ignored/irrelevant to auditors, and the things they often rely on are don’t exist or can’t be relied on when combined with crypto.”

Tether is licensed by financial authorities in Wyoming but remains unlicensed across the rest of the states in the US.

Kraken Fires Back at “Journalist Lemmings” for Tether Manipulation Accusations