The Bitcoin price continues to deteriorate, dropping another $500 to $7,500 per BTC. 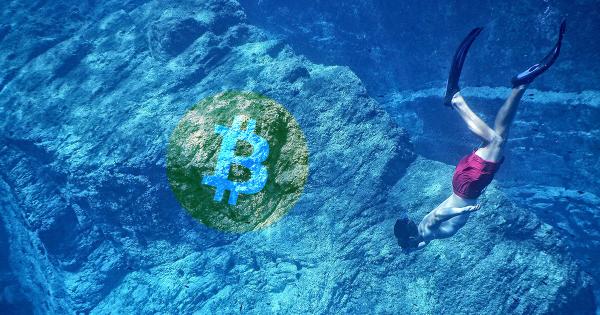 The Bitcoin price continues to deteriorate, dropping another $500 to $7,500 per BTC. It seems momentum from April’s rally is wearing off.

Since then, the Bitcoin price has continued to erode as the cryptocurrency traded sideways for three months before suddenly plummeting on Sept. 24. Overnight, Bitcoin dropped from $9,500 to $8,500.

24-hour trading volume is up from its 7-day average of $15.4 billion to $21.9 billion—a 42 percent increase. The uptick in trading volume indicates the price swing is salient.

The Crypto Fear & Greed index is up from last month, where the indicator hit an all-time low of 12 suggesting “Extreme Fear.” The index is down from last week, dropping from a score of 40 to 33 suggesting sentiment has deteriorated.

Google Trends search volume is at a multi-month low, hitting values not seen since March 2019, where BTC was still trading at sub-$5,000 lows.

The majority of addresses are still “in the money,” meaning most addresses have unrealized gains from their Bitcoin purchases. Currently, 55.7 of addresses would record a gain with a large segment of coins purchased between $930 to $6,640.

Meanwhile, the real price paid per Bitcoin—an estimate of the average price paid per coin using realized market capitalization—decreased from a high of $5,730 to $5,670.

That said, the difference between the average price paid and the market price per coin has decreased substantially, indicating the market is less overbought due to the recent consolidation.

During the price peak in late June, the average gain would have amounted to $7,860 on a BTC purchase of $5,000—a gain of 157 percent. Today, this unrealized gain decreased to $1,830 with the average Bitcoin costing $5,670—an average gain of only 32 percent. These figures may indicate that it’s a better time to buy now.

That said, market conditions are still highly uncertain. Sentiment appears to be at a low while the charts show the Bitcoin price trending downward. Although current conditions may present a buying opportunity it’s impossible to know when the markets will recover.

According to data from Google, search interest for the term ‘Bitcoin’ is currently near the lowest it has been in the past three months.

Bitcoin is signaling a downturn, but there is hope for an upswing