The central bank of the cash-centric country is planning out its own digital currency, but seems unsure about cryptocurrencies. 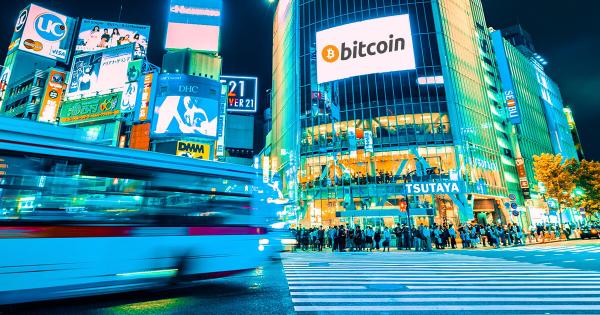 The bank is currently testing a ‘digital yen,’ the digital version of its fiat currency, but remains shaky on the topic of cryptocurrencies.

“Most of the trading is speculative and volatility is extraordinarily high,” Kuroda said, questioning the use of Bitcoin as a means of investment compared to traditional financial assets. “It’s barely used as a means of settlement,” he added.

The comments are similar to those echoed by Federal Reserve Chair Jerome Powell from earlier this year when he said the crypto market is largely a vehicle for speculation.

Stablecoins but no Bitcoin

The Bank of Japan has largely allowed public usage of cryptocurrencies and has generally been favorable towards crypto businesses like exchange services and wallets.

Over $1 billion was traded on local exchanges yesterday alone, as per data from CoinGecko, with Bitcoin, Ethereum, and MonaCoin considered crowd favorites.

But the bank has largely shifted its focus on stablecoins—digital currencies pegged on a 1:1 basis with fiat currency, such as the US dollar—in the past year. Reports suggest the digital yen is already undergoing limited testing in a sandbox environment, accentuated by the ongoing coronavirus panic and the need to move away from paper money (which relies on contact).

Kuroda, in this regard, said stablecoins have assets to back up their value compared to cryptocurrencies like Bitcoin. “Stable coins must also meet legal standards and healthy governance codes, so they could become a convenient way of payment in the future,” he added.

Meanwhile, while Kuroda says there’s no one settling on Bitcoin, the data speaks otherwise. On-chain data from tracking tool YCharts shows Bitcoin had over 214,000 individual transactions yesterday, nearly half that of this year’s peak of 398,000 in January 2021.

However, it’s still less than those of Ethereum, the world’s most-used blockchain, on the other hand. The protocol settled over 1.2 million transactions on-chain yesterday.

Ministers from the seven influential countries called for greater regulatory oversight and laws for cryptocurrencies as the market sees increased adoption from both institutional and retail crowds. 2 min read

The Japanese government confirmed yesterday it will assess and develop a digital currency in the coming months. 2 min read

The East Asian superpowers are battling it out, this time with blockchain and digital currencies as a focus. 3 min read