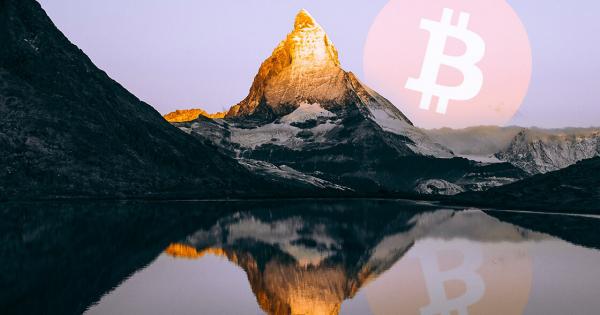 Photo by Dino Reichmuth on Unsplash

Almost 500,000 Swiss citizens voted in favor of a financial system based on the fundamentals of Bitcoin.

While the referendum was not enough to bring change, the radical campaign won about 25% of all votes in favor of overturning Switzerland’s economic system.

Known as ‘fractional reserve’ banking, this process characterizes how banks may alter a nation’s circulating supply, as per a central bank. While common worldwide, fractional reserve banking has been heavily criticized over the years — the late Milton Friedman even suggested the system was partially responsible for the Great Depression.

“The Vollgeldsystem cannot prevent financial bubbles, because these are based primarily on misjudgments of investors.”

Classically, fractional reserve and similar schemes prompted the inception of Bitcoin — whose creator embedded the network’s genesis block with a pointed message — “The Times 03/Jan/2009 Chancellor on brink of a second bailout for banks”.

Emerging as a direct challenge to the debt-based systems of traditional finance, cryptocurrencies like Bitcoin offers an engineered solution — a fixed circulating supply secured by cryptography.

Although, such answers may not have won over the banking industry. JP Morgan’s CEO Jamie Dimon, has been a vocal critic of Bitcoin — describing it as a “fraud” and “worse than the Tulip Market Bubble”.

While the Swiss Bankers Association has no defined position on cryptocurrencies, it responded to the initiative — claiming its current systems are superior. The association noted:

The Swiss Bankers Association resolutely rejects the full-money initiative. The existing monetary and financial system offers undeniable benefits and has been shown to work very well in serving the people and the economy.

Cryptocurrencies may face scrutiny where banks are exempted. Tether, for instance, was subpoenaed by US regulators in 2017 after questions were raised over its financial reserves. While its USDT stablecoin must legally be backed by USD currency held in reserve, it appears that such regulations aren’t applicable to banks.