Crypto vs The Financial Bigwigs Wim Olivier · 5 years ago · 5 min read
This article is more than 2 years old...
News › Adoption

“Don’t let the noise of others’ opinions drown out your inner voice.” – Steve Jobs Another hour, another opinion. 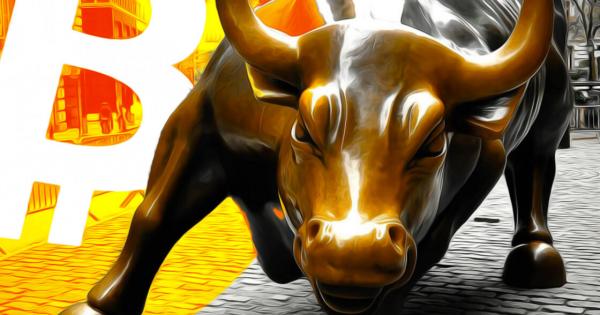 “Don’t let the noise of others’ opinions drown out your inner voice.”
– Steve Jobs

Another hour, another opinion. And you too are forgiven if perhaps you’re still just a little undecided on cryptocurrency. After all, the journey of Bitcoin – the world’s first digital money – has been anything but a textbook example this far.

Mainline media have made sure to note every bump in Bitcoin’s road; from its role in the Silk Road drugs and underworld saga to speculators losing fortunes at the hands of dodgy crypto operators such as Mt. Gox.

And then, off course, there was the unbelievable turnaround; out of the blue and in classic too-good-to-be-true fashion, Bitcoin’s value started skyrocketing hundreds of times over.

Controversy, hype, and madness aside – isn’t there a little voice inside most of us quietly applauding crypto? Perhaps classic (fiat) currencies have run their course? Maybe it’s time we embrace digital money wholeheartedly as the payment solution perfectly suited to the dynamics of our Digital Age?

Ray Dalio is the founder of Bridgewater Associates, a $150 billion hedge fund with over 1,700 employees.

In a recent interview with CNBC, Dalio commented that he has two criteria for “valid currency”:  It needs to be a store-hold of value, and must transact easily as a medium of exchange.

In his opinion, neither is true for Bitcoin, as it’s highly speculative and volatile; unlike gold, it has no value to it.  Crypto’s price rises are fueled by its “being in a bubble”, Dalio says.

“Bitcoin today you can’t make much transactions in it. You can’t spend it very easily.”

Crypto fan? For Dalio, we have to chalk up a “no.”

Jamie Dimon is Chairman, President and CEO of JPMorgan Chase, the largest bank in the US, worth $2.5 trillion.

In recent months Dimon commented on CNBC that he would fire any JPMorgan trader caught dealing in Bitcoin because “they are stupid” and it’s also against the Bank’s rules.

He is of the opinion, he says, that cryptocurrency is just not “the real thing,” claiming it’s a fraud and will eventually blow up.

“Bitcoin is a fraud. It’s worse than the tulip bulbs. It won’t end well. Someone is going to get killed.”

As an aside, Dimon’s strong opinions did not deter the Chase Bank from piloting blockchain technology – a Bitcoin invention – as part of its cost-cutting initiatives.

His rating on the crypto-meter? You guessed it: a big “NO.”

Abigail Johnson is CEO of Fidelity Investments, a financial services company with more than 45,000 staff and $2.1 trillion under management.

Dubbed “Bitcoin’s Unlikely Evangelist” by The Wall Street Journal, Johnson calls for digital currencies to be made more accessible for institutions and individuals.

In May this year, during her address to an audience at the 2017 Consensus Conference – a blockchain technology summit – she commented that Fidelity had started mining Bitcoin and Ethereum; although primarily for educational purposes, it has started to earn a tidy profit.

At the conference, Johnson said:

“I’m one of the few people standing before you today from a large financial services company that has not given up on digital currencies. We set up a small Bitcoin and Ethereum mining operation…that miraculously now is actually making a lot of money.”

Fidelity announced its partnership with Coinbase, a top-ten cryptocurrency exchange. In terms of their agreement, a Fidelity spokesperson said, they are trying to “create the best customer experience” by including clients’ cryptocurrency balances in the Fidelity Portfolio.

Abigail Johnson scores a resounding “YES” on the crypto scoreboard.

James Gorman is the Chairman and CEO of Morgan Stanley, a financial services firm with $1.3 trillion under management and over 55,000 employees. He also believes that the wider technological trend may eventually “force authorities to adapt.”

Commenting further, he doesn’t believe crypto should be illegal; we are all part of an ecosystem, in which both banks and cryptocurrency can operate under the guidance of a government, Gorman says.

In a recent interview with CNBC Gorman said:

“Digital currencies are more than just a fad.”

Although not invested in digital currencies himself, he has spoken to a lot of people who are.  These investments are “obviously highly speculative” but not inherently bad, and are a “natural consequence of blockchain technologies,” Gorman concluded.

Our crypto-meter has registered a “yes” for James Gorman.

Laurence “Larry” Fink is Chairman and CEO of BlackRock, an investment management corporation with more than $5.7 trillion on the books and over 13,000 staff.

Earlier this month Fink told Bloomberg News that he’s on board with the huge potential of blockchain technologies, but not with the current cryptocurrency wave. The explosive growth of Bitcoin points to money laundering, he believes.

Fink said this in an interview with Bloomberg:

“Related to cryptocurrencies, I’m a big believer in the potential of what a cryptocurrency can do. You see huge opportunities, but what we’re talking about today – it’s much more of a speculative platform, people are speculating on it.”

Fink hates the word “crypto” but says that he will support a “true global digital currency” once everything is “understood” and “flowing through” without money laundering.

Kyle Bass, manager of Hayman Capital Management in Dallas, Texas. Bass has more than 25 years of experience in the financial markets, with particular expertise in global event-driven investing.

Calling many of the dozens of initial coin offerings that have taken place this year “frauds,” the Hayman Capital Management founder warned in a Bloomberg Television interview that investors will face steep losses.

In a recent interview with Bloomberg, Bass said this about ICO’s:

“A whole bunch of people are going to lose a lot of money. These ICOs — you’re going to see a bunch of them go completely broke. A bunch of them are frauds, and that is going to be problematic for all the people that just rushed in.”

Once the “gold rush” settles down, Bass said he thinks cryptocurrencies could be a viable asset class.

Well, there you have it: A tentative 4-2 vote in favor of crypto for the financial bigwigs. We are curious – what is your inner voice saying?