For decades, Switzerland was synonymous with secretive banking practices and personalized accounting strategies. 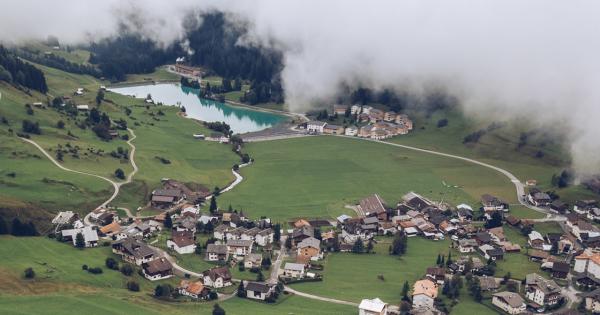 Photo by Nigel Tadyanehondo on Unsplash

For decades, Switzerland was synonymous with secretive banking practices and personalized accounting strategies. However, laws and cultural norms have brought Swiss banks back in line with traditional disclosure sentiments espoused by other banks. As a result, the Swiss banking system is in decline.

The number of banks in Switzerland dwindled from well over 300 to nearly 250 by 2016. After all, most people don’t bank in Switzerland just to get the same service that they receive stateside.

Now, the crypto economy is filling the void.

According to a report in The Wall Street Journal, Switzerland is becoming a burgeoning hub for new crypto startups.

Data compiled by Business Insider reveals that three of the most lucrative ICOs of 2017 were located in Switzerland, and the number of ICOs originating from the small country are some of the highest in the world. Collectively, these projects netted more than $400 million from early investors.

Zug, a wealthy municipality in Switzerland, is serving as the hub for crypto development in the country. Some are dubbing this locale The Crypto Valley, in a nod to the enthusiasm and entrepreneurial zeal that distinguished Silicon Valley in California as the technology hub of the world.

The companies flooding to this area cover the gauntlet of crypto projects, and they include Sirin Labs, which is developing the first blockchain smartphone and desktop computer.

A Hub for Development

Zug is home to Crypto Valley Labs, a co-working space that houses some of the blockchain’s most ambitious startups. Mathias Ruch of Lakeside Partners which developed the working space indicated to the journal that they have more than 100 crypto startups under their roof. In comments to the Journal, Ruch said,

Another blockchain development collective, Trust Square, is similarly seeing a surge in popularity blockchain startups grow in number. Although they just opened their facility this week, the Journal notes that all 200 of their workspaces were already rented.

“Our official opening ceremony and party was truly a celebration of the diversity and breadth of blockchain technology. For Trust Square, it’s been an incredible start. We began the day of our official launch with only a dozen of seats still free and ended the night with our blockchain hub being fully occupied, hosting some 30 up-and-coming blockchain ventures.”

The company’s leader, Daniel Gasteiger, sees their location as the hub or the next generation of blockchain innovation.

According to Matthias Michel, the area’s economics minister, the emergence of Crypto Valley wasn’t the result of an intentional strategy. Instead, it is an organic accumulation of forward-thinking developers who are leaning on the country’s business-friendly tax code to foster growth in their industry.

With a wealth of talent and the proliferation of blockchain technology across the tech space, Switzerland is quickly becoming the blockchain capital of the world.

Of course, everyone isn’t on board with the changes. Many in Switzerland’s financial elite are reticent to embrace the crypto movement. Since this directly competes with their business and represents a headwind to their already slowing banking model.

What’s more, while Switzerland may be emerging as a hub for blockchain development, the technology is predicated on a decentralized ethos, and there are compelling projects and innovation centers all over the world. Whether or not that talent begins relocating to the country is another matter entirely.