The cryptocurrency market is down 10% in the past 24 hours as it was reported that the United States CTFC (Commodity Futures Trading Commission) issued a subpoena to Bitfinex and Tether, a cryptocurrency exchange and “stablecoin,” respectively. 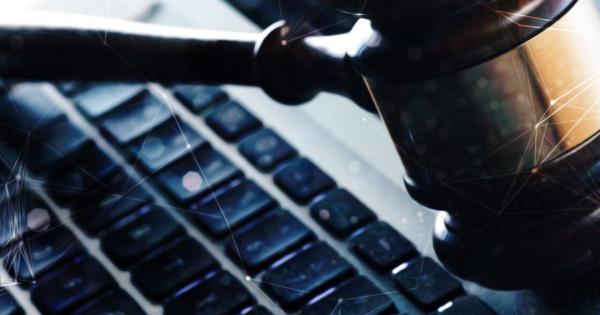 The cryptocurrency market is down 10% in the past 24 hours as it was reported that the United States CTFC (Commodity Futures Trading Commission) issued a subpoena to Bitfinex and Tether, a cryptocurrency exchange and “stablecoin,” respectively.

According to Charlie Shrem, the subpoenas were originally issued on December 6, 2017:

Bloomberg has updated their article to include that the subpoena was sent **December 6th** this 2 months OLD NEWS now. credit : @grassfedgoat & @BTCVIX https://t.co/15NBl7IeP7 …

While this action is now almost two months old, it reflects a growing governmental trend to regulate the crypto markets, which fundamentally place privacy and transparency at the heart of their platforms.

“Virtual currencies demand the focused attention of this group. We cannot ignore them. This is not the time or place for denial or misunderstanding or personal preference. This is a time for recognition, reflection, and wisdom.”

Tether is a unique digital currency because it is pegged to the U.S. dollar. According to Tether’s own Proof of Funds report:

However, the report is crafted by their auditor, Friedman LLP, and the two companies have since dissolved their relationship.

In the past year, many have expressed their doubts about the efficacy and reliability of Tether’s claims. In public statements on their relationship with their auditor, Tether claims that they severed ties with the company because “an audit would be unattainable in a reasonable timeframe.”

Despite its claims of transparency, including a section of its website intended to portray its holdings in real-time, several suspicious events in 2017 brought increased scrutiny to the platform. It’s possible that the subpoenas will provide clarity to the financial well-being of both Tether and Bitfinex.

This type of forced transparency is relatively unprecedented, but it aligns with actions by government agencies in China and South Korea to more formally and successfully scrutinize crypto markets, which have roared to life since the beginning of 2017.

Wells Fargo, a mainstream financial institution associated with Bitfinex, formally ended its relationship with the exchange in 2017. Tether and Bitfinex do not disclose their banks, so it’s incredibly difficult to verify their claims.

“We routinely receive legal process from law enforcement agents and regulators conducting investigations…it is our policy not to comment on any such requests.”

Although no information has been reported based on the subpoenas, the price of Bitcoin and other cryptocurrencies took a significant plunge when the news became public. On the day, Bitcoin is down almost 10%.

According to Zhao Dong, China's biggest #Bitcoin OTC trader and investor in Bitfinex, Tether has $1.8 billion in a USD bank account. At this moment 1.6 billion $USDT have been printed. An additional $1.1 billion is held in a Bitfinex USD bank account. https://t.co/ceOwin0BSb pic.twitter.com/LTbXE9rKhQ

We will be updating the story as it develops.