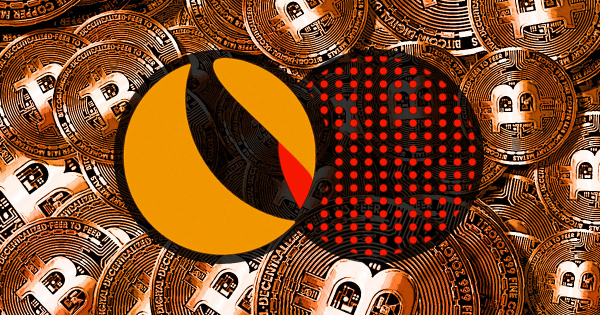 The Luna Foundation Guard, the organization responsible for the Terra ecosystem led by Do Kwon, has released information regarding its missing reserve funds.

The crypto industry has been asking where the Bitcoin and other assets went since they moved over 80,000 BTC to exchange wallets last week. LFG confirmed that on May 7, it held the following reserves to support the UST peg to the dollar.

LFG said it began executing swaps on-chain, converting  Bitcoin to UST in “large size & on short notice” on May 8. Roughly $50 million USDC and USDT were sold for UST, along with $1.5 billion in BTC.

5,313 BTC worth roughly $160 million, which was not sold, has also been returned to its reserve.

“On May 12, LFG swapped 883,525,674 $UST to 221,021,746 $LUNA & staked this across a range of validators to protect against a possible governance attack as the amount of $LUNA continued to increase. All transactions described above have now been completed.”

LUNA is still tradable on several exchanges, including Binance. At today’s price, the 221 million LUNA, which cost LFG over $882 million, is now worth $40,200. The current LFG reserves are outlined below. On May 7, the total value of their reserves was worth tens of billions of dollars. Today, the market value is roughly $300 million.

It has announced that these reserves will be distributed to UST holders as compensation with “smallest holders first.”

Yet, again it reveals their plan before executing, which has resulted in the markets selling off their current assets. Publicizing a plan to release millions of dollars worth of tokens and coins that are already down 99% led to an immediate drop in both LUNA and UST.