Charles Hoskinson, the CEO of Cardano (ADA) parent IOHK, went to YouTube to answer questions regarding the recent launch of the Daedalus wallet and the current state of the Cardano network. 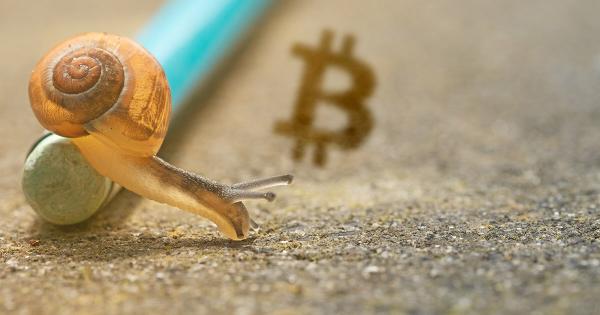 Charles Hoskinson, the CEO of Cardano (ADA) parent IOHK, went to YouTube to answer questions regarding the recent launch of the Daedalus wallet and the current state of the Cardano network. Hoskinson said that Daedalus has been a tremendous success, the only issues due to sync times happening to users with older Windows operating systems. The recent audit by company Root9B will be one of many audits of Cardano’s code, with other companies selected for the role in the future.

Daedalus has been an overwhelming success

The launch of the Daedalus mainnet wallet version 1.0.0 has been a tremendous success both for IOHK as a company and Cardano as a network. These are the words of Charles Hoskinson, the CEO of IOHK and founder of Cardano, who took to YouTube to answer some of the questions regarding the current state of Cardano.

In the AMA, Hoskinson said that Daedalus had shipped with very little issues. Almost all of the issues users reported were about instant crashes and extremely long sync times, which received a significant amount of press despite being minuscule in the grand scheme of things.

According to Hoskinson, a good deal of those cases came from users that have downloaded the wallet on operating systems that aren’t supported by the code. Those running Windows 8 or lower were most likely the ones that have experienced the majority of the issues, which is why IOHK is looking into blacklisting these operating systems in the near future.

Hoskinson said the decision to do so was very reasonable, especially considering the fact that Microsoft itself has discontinued support for operating systems lower than Windows 8.

Aside from the crashes, some users have also complained about lengthy sync times. This, Hoskinson said, is an anomaly as most users are reporting sync times between 50 minutes and two hours. Nonetheless, IOHK is looking into the problem and suspects that a rare configuration caused the delays. This is often the case when building products for Windows, Hoskinson said, which is why IOHK wrote the Daedalus code for the most common configuration.

The question of treasury, decentralization, and the Root9B audit

One of the most prevailing questions regarding the current state of Cardano was the issue of the Cardano treasury. Set up as a fund to be used to further Cardano’s development when IOHK’s mandate runs out, the treasury is endowed partly with newly minted ADA) and transaction fees.

Hoskinson said that the Shelley Incentivized Testnet (ITN) was set up so that there was inflation at every slot, which then got divided into two buckets—one for the rewards and one for the treasury. When Shelley is finally activated, all of the rewards from the ITN will get moved to the mainnet, including the treasury.

However, the transaction fees on the Cardano have not gone to the treasury as originally planned. Instead, all of the fees on the mainnet were burned. Hoskinson noted that this has not affected ADA’s price or volume, as only about $50,000 worth of fees has been burned in Cardano’s entire lifetime.

The question of the treasury led to a discussion about Cardano’s future as a decentralized system. Some viewers were wondering how new code will be released when Cardano emerges as a fully decentralized system and is completely governed by its users.

This isn’t something IOHK isn’t thinking about extensively, Hoskinson said. Huge efforts are being made both within IOHK and the Cardano Foundation to create a system that will enable users to manage software updates after the Shelley and Goguen eras. There are two main problems to be solved with this—maintaining a developer velocity and creating a meritocratic, egalitarian system.

Hoskinson cited Bitcoin as an example of what happens when there’s no development velocity and only a small number of people actually participate in its maintenance.

Cardano most likely won’t have these problems in the future, thanks in part to the Cardano Improvement Proposals (CIPs). All Cardano updates in the post-Shelley and Goguen eras will be looked at as a collection of CIPs, which will be voted on by the community.

And while there’s still a lot to figure out along the way, Hoskinson said that the CIP Committee will make a presentation at the upcoming Cardano virtual summit on how the collaborative process might work when fully decentralized.

But, until decentralization comes, the code upon which Cardano is being built needs to be rock solid. IOHK has put in great efforts to do so, with its in-house audits, extensive use of formal methods, and relentless testing of every phase of Cardano’s release.

However, it wasn’t until the latest third-party audit into Cardano that the community really began to take interest in the matter. The latest audit, which is available online to the public, was conducted by a company called Root9B. Hoskinson said that the company and some of its employees were criticized by members of the Cardano community, which he believes was unfair.

Root9B has been selected as the best candidate for the latest audit due to the company’s history of working with military and government contracts. Usually tasked with looking for incredibly difficult exploits which are light years away from most cryptographic systems used today, IOHK felt that Root9B will be up to the task of auditing Cardano.

“They wanted to get into the blockchain space so this seemed like a natural fit,” Hoskinson said.

And while he further defended IOHK’s choice of Root9B, Hoskinson said that they won’t be the first nor the last company hired to audit Cardano. IOHK plans on rotating several different auditors, as it believes it is the best practice in the industry. All of the future audits will most likely be done on a regular cadence, either bi-annually or quarterly, Hoskinson said, adding that this will ensure a high level of scrutiny into IOHK’s work. However, the frequency of these audits will ultimately be decided on by the Cardano community if IOHK doesn’t get its contract to run the network renewed.

Until then, IOHK will continue to put in immense work into making Cardano a commercially viable product. One of the steps that will lead the company in that direction is the launch of Cardano.org, which is set to be the first major deliverable from the McCann advertising company working on the brand refresh. The website, filled with new documentation and with a refreshed look, will most likely roll out in May or June, while other brand-related improvements will come in the following months, Hoskinson said.