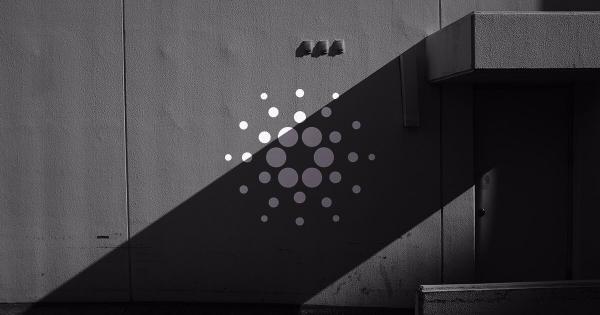 The Cardano Foundation announced that it has appointed McCann Dublin, the Ireland-based hand of the global advertising agency, as its brand strategy and design agency. According to the company’s announcement, McCann will be tasked with realigning the Cardano brand with the company’s mission.

The Cardano Foundation, an independent organization tasked with overseeing the development of Cardano, has set its sights on strengthening the image of its ambitious blockchain project. With numerous pilots in the works and dozens of important updates and milestones achieved by the Cardano team, the last step in global adoption is brand recognition.

Despite its ambitious goals, dedicated team, and loyal following, Cardano has been struggling to breach into the mainstream crypto industry and compete in the major league. And now, the Swiss-based organization announced that it appointed an advertising company to help it reach a wider audience.

According to the company’s official announcement, McCann Dublin, the Ireland-based arm of global advertising giant McCann, will be tasked with developing the company’s brand strategy and design. 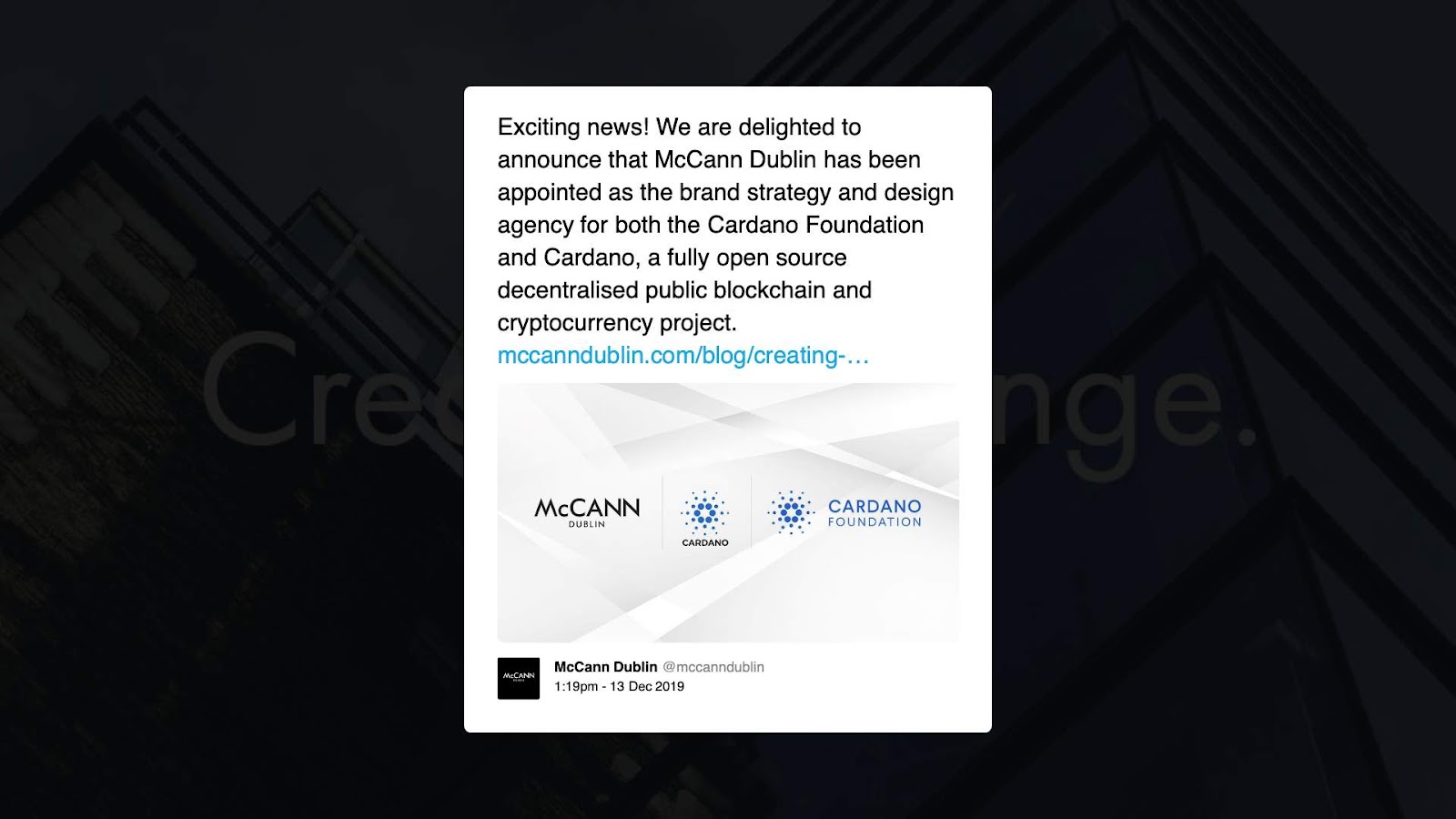 It’s unclear whether the company will undergo a complete rebranding or just a revamp of its image—the announcement stated that the “brand reappraisal” led by McCann will drive the adoption of Cardano.

According to Bakyt Azimkanov, the global PR, communications and marketing director at the Cardano Foundation, said Cardano was looking forward to partnering with the agency behind some of the biggest brands in the world. He said:

“Brand plays a key role in Cardano’s adoption as more organizations set to integrate the world’s first third-generation blockchain into their operations.”

McCann Dublin’s managing partner Jenny Paetzold said that the two companies were a “natural fit.” McCann acknowledged the importance of cryptocurrencies, saying they were “both unstoppable and here to stay.” Cardano will be joining Microsoft, LinkedIn, and Norwegian Airlines as McCann’s client, where the agency’s global reach is expected to bring the company closer to a new and broad audience.