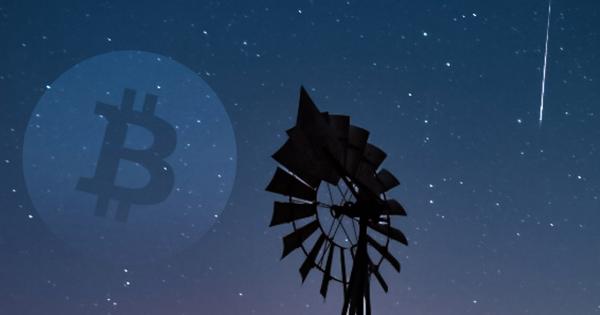 Once one of the most influential organizations in crypto, the Bitcoin Foundation is now a husk of its former self. Here’s how the once all-encompassing organization fell from grace.

From the ruins of Mt. Gox, an equally controversial organization is born

Envisioned as a transparent organization whose aim was to fight for the Bitcoin cause, the Bitcoin Foundation was everything but transparent. The organization was founded by six members in July 2012, just as the crypto industry was recovering from the colossal Mt. Gox hack, according to research from BitMEX looking at the Foundation’s history.

Board members of Bitcoin Foundation according to a 2013 archive.org snapshot were:

All board members of the Foundation were founders, except Jon Matonis. Roger Ver was also a founder but was not a board member.

The first piece of controversy around the organization happened from inception. The seventh founder listed Satoshi Nakamoto, the anonymous creator of Bitcoin.

Equally unclear was the organization’s objective. According to its official website, the Bitcoin Foundation, dubbed “the Corporation,” claimed its goal was to promote and protect Bitcoin’s decentralized, distributed, and private nature.

The Foundation’s objectives were further elaborated the following year, where it stated that its mission was to fund Bitcoin’s infrastructure and development team, which will make Bitcoin more trustworthy and useful. With that being said, the Foundation also cited promoting Bitcoin as one of its main purposes, positioning itself as a link between the growing crypto community and the disillusioned and misunderstanding general public, especially at a time when Bitcoin was painted solely as a tool for buying drugs and laundering money.

The BitMEX report distilled the Foundation’s objectives and found that, in practice, its main roles were to financially support Bitcoin’s main developer, Gavin Andresen, arranging Bitcoin conferences, and promoting the new asset class to regulators.

But, despite its secrecy, the Bitcoin Foundation quickly gained popularity, attracting dozens of corporate and lifetime members throughout 2012 and 2013. Some of the most notable names that have joined the foundation in that time included Brian Armstrong, the founder of Coinbase, Jesse Powell, the co-founder and CEO of Kraken Exchange, and Erik Voorhees, the founder of ShapeShift and Coinapult.

Apart from the 84 lifetime members, the organization also had 317 anonymous members, as well as dozens of corporate ones, including Mt. Gox, Coinbase, Gyft, ZipBit, Mercado Bitcoin, and CoinLab.

It is unclear whether these members realized how broken leadership was within the Foundation. With three separate classes of members—founders, individuals, and corporations—the Foundation was still solely governed by the Foundation board.

Despite the fact that the board members were chosen ‘by-election,’ the Foundation’s governance structure gave too much power to its founders, effectively removing its members from any meaningful decision-making.

The dubious reputations of the board members

The omnipotent board had its first elections in 2013, where it selected the heads of the industry. But, the rather uneventful 2013 slowly made way for 2014, which brought several high-profiled scandals to light that seriously tarnished the Foundation’s reputation.

Namely, the beginning of the year saw two holders of the founding industry seats—Charlie Shrem and Mark Karpeles—resign. On Jan. 26 2014, Shrem was arrested at JFK airport for unlicensed money transmitting and money laundering. Two days later, he resigned from his position at the Foundation.

Less than a month later, Mark Karpeles, the CEO of Mt. Gox, resigned as well. Karpeles’s resignation came as news about Mt. Gox’s insolvency came to light, effectively tarnishing the reputation of the entire crypto industry.

To fulfill the two empty seats, the board appointed Bobby Lee and Brock Pierce as replacements. However, this choice turned out to be even more controversial than Karpeles’s resignation. Pierce, a former child actor, still faced old accusations around the sexual exploitation of children during his acting career.

Some members of the board reportedly said that that a more thorough vetting process should have been in place when appointing new seats and that Pierce shouldn’t have been appointed.

Where did all the Bitcoin go?

The controversy that surrounded Pierce’s appointment as a holder of an industry seat at the board couldn’t have come at a better time. With most members engaged in a bitter fight over the Foundation’s governance, hundreds of thousands of dollars of the organization’s Bitcoin holdings were being mismanaged.

While the BitMEX research made it clear that it found no evidence indicating any of the Foundation’s members embezzled its funds, a hard look at the data shows some questionable expenditures.

BitMEX data found that that the sharp increase in the Foundation’s spending in 2014 almost completely depleted its reserves. To make matters worse, the Foundation’s persistent and ceaseless inability to disclose its Bitcoin balance made tracking its increasing expenses almost impossible.

At the end of each year, the Foundation disclosed the USD value of its Bitcoin holdings in its IRS-990 forms. The forms also contained both realized and unrealized Bitcoin gains. After carefully analyzing the disclosures, BitMEX found several worrying discrepancies in the Foundation’s real and published balances.

The same year, the Foundation disclosed Bitcoin sales proceeds of $569,728 for selling 4,200 BTC. As expected, the real amount was far, far greater than the one disclosed. Namely, even when assuming that all of the Foundation’s Bitcoin was sold at its lowest price, selling the 4,600 coins should have brought the proceeds to $1.2 million.

With a difference of around $2.8 million between BitMEX’s research and the Foundation’s official disclosures, an important question arose—what happened to all that money?

While BitMEX made it clear that its findings weren’t accusing the Foundation of embezzlement, both the data and the testimonies from board members showed that it wasn’t all that unlikely. In March 2014, a Foundation committee chairman voiced his concerns about the possibility of those funds being embezzled.

Andreas Antonopoulos, a best-selling Bitcoin book author, seemed to grow increasingly frustrated with the organization, saying that the Foundation was the very definition of a failure of leadership.

“You say they are funded. Where are those funds? Who controls those funds? When were they last audited? Are they actually solvent? Or have all of those funds disappeared into a big black hole?,” he said in the Let’s Talk Bitcoin podcast.

He also referenced the scandals the Foundation’s board saw that same year, implying that it wasn’t all that unlikely that the funds have been stolen or embezzled.

“Just remember who was in the leadership until recently, who is in the leadership today and what their track record of ethics has been and I would suggest that I would not be surprised at all if the Foundation implodes in a giant embezzlement problem sometime down the line or funds get stolen, within quotes or without quotes, or something like that.”

As time went by, more and more members of the Foundation demanded answers. Journalist Ryan Selkis, who would later go on to create Messari Crypto, was another key member that began asking tough questions. During the 2014 conference in Amsterdam, Selkis asked the board of the Foundation to address the lack of transparency when it comes to money.

Unsurprisingly, the board members weren’t too keen on answering the question. According to the official transcript from the meeting, the board said it was spending all of its resources on “making Bitcoin bigger.” Improving transparency was possible, board members said, but they were prioritizing their work on improving Bitcoin’s public perception.

2015 elections mark the end of the Bitcoin Foundation

The 2015 February elections served as a breaking point for the Foundation. With issues of transparency and governance on the table, the elections had even more weight than usual. But, as predicted by Murphy’s law, everything that could go wrong did go wrong.

After no candidate managed to secure 50 percent of the vote, the Foundation switched from the ‘Helios’ to the ‘Swarm’ voting system. The number of candidates was also arbitrarily reduced and the voter registration process was said to be almost unmanageable.

After two of the newly appointed board members were voted out of the board while the mandates of the remaining members were expiring, the Foundation violated its by-laws and decided not to conduct any further board elections. That marked the beginning of the Foundation’s end, as it began distancing itself more and more from its members.

The decay of its internal governance was only matched by the loss of respect from its members. BitMEX found that this was the time the Foundation lost any legitimacy it had left, rendering itself “obsolete.”

While the Foundation still exists, it serves no real purpose. The elected terms of all of its board members and chairmen have long expired and most of its activity was taken on by other companies, some of them founded by its former members.

“Bitcoin never needed a Foundation,” BitMEX said in its research, which couldn’t have been a better conclusion. The Bitcoin Foundation can be seen as a slow, long, and ultimately uncalled-for lesson about what happens when people attempt to unify and govern a decentralized, trustless system.

Two investment companies whose Bitcoin ETF proposals have been delayed by the SEC have found a way around the tight regulations.