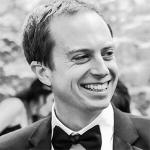 Erik Voorhees Verified - Erik Voorhees has verified that all information present on this page is factually accurate.

Having been a featured guest on Bloomberg, Fox Business, CNBC, BBC Radio, The Peter Schiff Show, and numerous Bitcoin and industry conferences, Erik humbly suggests that there is no such thing as a “free market” when the institution of money itself is centrally planned and controlled. Erik founded ShapeShift in August 2014 as an elegant, secure, and fast solution to digital asset exchanges.

As a non-custodial solution, ShapeShift offers users the ability to convert digital assets without having to trust a centralized entity. Erik was most recently featured on the 2016 documentary, “Banking on Bitcoin.” His past blockchain company affiliations include: BitInstant, Coinapult and, most notably, SatoshiDice, which was responsible for most of the Bitcoin transactions in 2012 and 2013